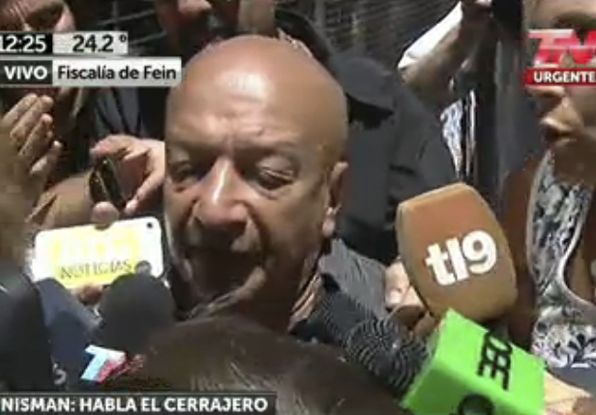 The locksmith who opened the back door of the apartment where Argentine prosecutor Alberto Nisman was found dead, said that it was not locked and “anyone” could have opened it.

“The back door was open. Anyone could have done it,” said the locksmith, identified as Walter, after declaring before the prosecutor investigating the death of Nisman, Viviana Fein.

Walter was required in Sunday night by the mother of Nisman to access the apartment after receiving a call from the secretary of the prosecutor, alerted by the bodyguards who were surprised because he did not answer the doorbell or the telephone.

The locksmith said to the media he did not force the front door “because it had a lock” and decided to enter through the back door.

Justice is also investigating a trace and a footprint located in the hallway floor of Nisman´s appartment, after discovering a third access to his home.

Nisman, 51, was found dead at dawn on Monday with a shot to the temple, at his home in Buenos Aires, hours before appearing before Congress to report on his complaint against President Fernandez for concealment of alleged Iranian terrorists who bombed the AMIA Jewish center in 1994.

First historic round of talks between US and Cuba concludes today