Settlement hearing for a land claimed by Fernando Alvarado 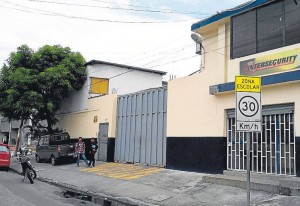 It is expected that Tourism Minister Fernando Alvarado and Repartecsa manager Victor Hugo Paredes attend the settlement hearing to be held today at 15:00 in the Florida Norte courthouse. Both claim to be owners of a land of about 600 square meters in Urbanor, in northern Guayaquil.

Paredes shows the titles validated by the Land Registry of Guayaquil that recognizes him as the owner of the land where the Repartecsa auto repair stop is located since March 2009; however, Alvarado argues he has been the owner of the property for about 20 years.

Ecuador cuts growth forecast of its economy in 2016, to less than 1%