Seven legislators to travel to Brussels for meeting in European Parliament 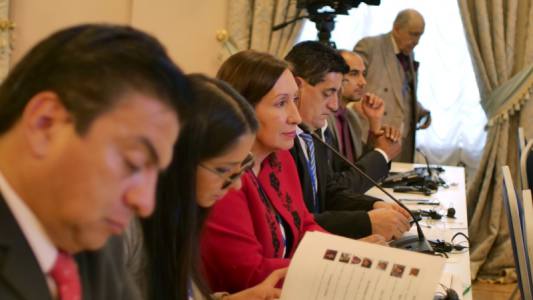 The president of the Legislature José Serrano heads a delegation of eleven people (of whom seven are legislators and one is an Andean MPs) who will travel today to Brussels, Belgium, to a meeting in the European Parliament.

From 19 October, an agenda will be developed with Members of the European Parliament to insist on the abolition of Schengen visas, so that Ecuadorian citizens can enter any member country of the European Union, without the need for such a document.

In Brussels, lawmakers plan to meet with Ramon Jáuregui, co-chair of the EuroLat Assembly, and the Vice-President of the European Parliament Evelyn Gebhardt. (I)