Silva ensures that being christian generates “prejudice” in media 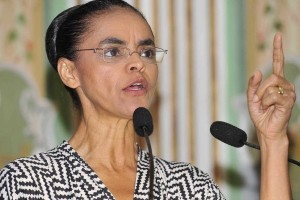 Environmentalist Marina Silva, whom the polls show as favorite for the presidential elections in October in Brazil, said on September 4 that she feels that herreligion condition generates “prejudice.”

The candidate of the Brazilian Socialist Party complained in an interview with the RBS TV network by the insistence of the press on questioning her about herpersonal position on controversial issues such as abortion and gay marriage.

“They make this questions to me because I’m christian. I Never saw before they make this same questions to a Catholic leader or a person who says not havingany religion,” said Marina when questioned about the influence of her beliefs on her decisions.

Before joining the church Assembly of God, Silva was Catholic and even joined a monastery.