Shakira and Jennifer López’s presentation at the Super Bowl halftime in the US, followed by nearly 100 million viewers , was seen as a triumph for the Latino community, as well as for women in the music industry. 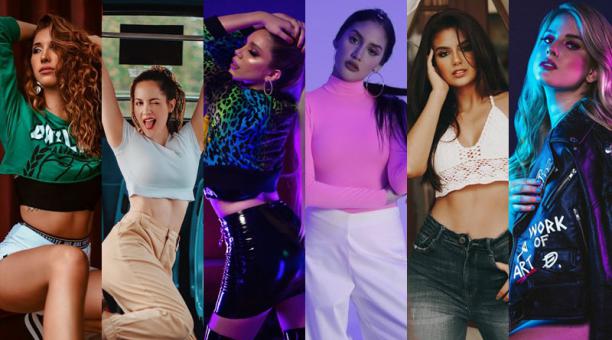 In Ecuador there are artists who follow the path set by their colleagues, and are protagonists of a change on a global scale that seeks vindication and female empowerment in the artistic work.

According to the list of successes published by the Charts Ecuador portal, there are six female artists who are in the Ecuadorian Top 25, which represents 24%.

That percentage confirms the result of a study presented at the Billboard Latin Music Conference, held last year, which revealed that only 11% of the artists on the Latin charts were female, in 2018.

At the meeting, singers like Anitta and Becky G asked for more space for women in the industry , not only as performers , but also as composers, producers and in decision – making positions.

The Ecuadorian Naíza coincides with that vision and ensures that inclusion in the music industry is part of a long and difficult process . “Women from all over the world struggle to change the prototype and the voices are beginning to be heard,” he says.

In the national ‘chart’, Naíza occupies the first place, with the premiere of her new single I forgot you. “It’s a resistance race. I have decided not to let myself be overcome by obstacles. My biggest challenge is to bring Ecuador to the eyes of the world. ”

To achieve this, he says, it is important to ” work with the best” in the production area, to offer a quality product to the public.

In the second position of the ‘chart’ appears Sophy Mell , who promotes the song Loquita for you. Dayanara, Nikki Mackliff and Ana Paula are also among the local artists of the moment, with themes that go along the line of urban pop and Latin rhythms.

Maga Córdova occupies two boxes with You searched for it and Error after error.
Dayanara Peralta, a singer from Guayaquil, says that the Ecuadorian music industry is taking a turn , with more exposure of women on stage . At their discretion, unlike past decades , when technocumbia or salsa ensembles were prioritized, now soloists stand out with genres such as pop, rock or urban.

Part of this change and the success of soloists in non-traditional musical genres has been due to their internationalization , with frequent participation in concerts and festivals .

“To be or not heard, what matters is the product you offer,” says Naíza, about a task that exceeds vocal education and is enhanced with entrepreneurial vision that combines image, talent and promotion.