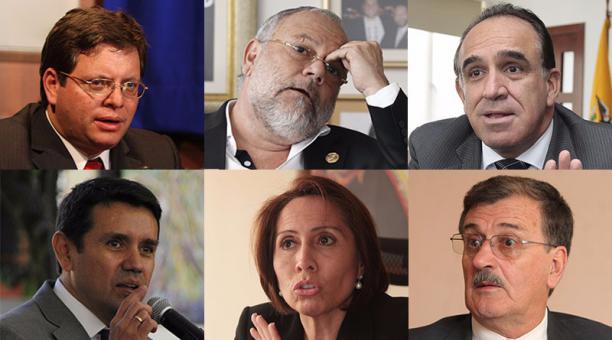 Six former ministers of the government of Rafael Correa are in the sight of the Attorney General’s Office and the National Audit Office for contracts that have caused harm to the State or because their bank accounts have funds of dubious origin.

Two other former ministers were named in the reports of the National Audit Office: Maria de los Angeles Duarte, ex-minister of Public Works, and Wilson Pástor, former Minister of Non-Renewable Resources. And a sixth former official, Walter Solis, former Minister of Public Works and former Secretary of Water, is tracked by the Police to provide explanations for a contract signed with Brazilian company Odebrecht. (I)