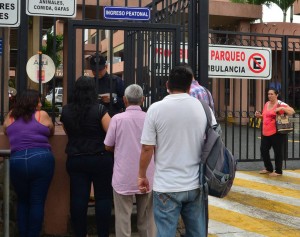 On Twitter, users have manifested their disapproval to the recent warning made by the Ecuadorian President, Rafael Correa. This past Saturday, the political leader criticized the requests of paying the 130 million dollar debt that the State keeps with SOLCA.

Instead of paying, the president demanded the organization and its facilities to be transferred to the State.

“If it is hard for them to be humanitarians with money coming from The State, it is not our fault. Yes, we are delayed in paying a couple of months, but this should not be an issue. If it is hard for you to operate, this is easy, don’t worry. Just surrender your facilities and we will attend the public”, said Correa. (I)

Comptroller observed the contracts of CAMC Engineering in Ecuador