Social organizations will march against the amendments to the Constitution 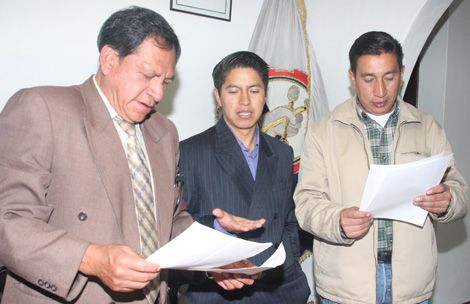 This Thursday November 13 a meeting will held to consolidate the Provincial Coordinator of Social Organizations, composed by groups of students, lawyers, farmers, merchants, who according to Jorge Guamán, General Secretary of the Workers Front Union in Azuay, are at odds with the current economic situation. For this, they also have called for a nationwide march, which will be held on November 19.

In this assembly will involve delegates from ECUARUNARI, CONAIE, Federation of High School Students, National Union of Teachers, lawyers, dissatisfied with the amendments proposed by the government to the Constitution and the eventual increase of urban transport passages once the Ministry of Finances announced it would not subsidize this service.

“We are organized and it will be a peaceful march , until now we know that the Central Government has no plans to make any demonstrations for  November 19,” says Guamán.

Mejía students are released and ask to go back to school