Spanish agricultural organizations began this Monday, October 25, in Ecuador, the selection of the day laborers who will work in the red fruit campaign in the Andalusian province of Huelva (south) within the framework of a pilot experience, which extends to Honduras, launched thanks to the agreements signed by the Government of Madrid that involves 500 people. 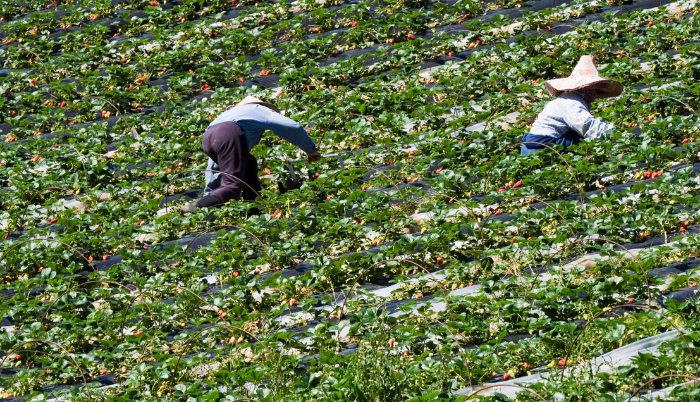 For six months they will be dedicated to collecting strawberries, raspberries, blueberries, blackberries and citrus.

The Secretary of Mobility and Migration Policies of UPA Andalucía and Secretary General of UPA Huelva, Manuel Piedra, along with the rest of the representatives of organizations in charge of managing the GECCO contingent, will remain in Ecuador for five days to carry out this selection.

In this way, UPA reported in a statement, the Spanish delegation will visit the cities of Riobamba, Azogues and Quito capital to make a selection of workers who will remain in Huelva from January to the end of June 2022; six months in which they will be dedicated to harvesting strawberries, raspberries, blueberries, blackberries and citrus.

“We are in Ecuador to select the workers who are going to be part of a pilot experience; it is the first time that in Huelva we are going to have day laborers from these countries,” said Piedra, adding that “we are going to hire people at source. from Ecuador and Honduras, who will know perfectly well the employer who hires them, the conditions of the accommodation and the economic conditions “.

As he explained, “it is an initiative with which we intend to open new countries to find contingents of workers with the aim of fully covering the red fruit campaign in our province.”

Specifically, today the delegation is in Riobamba, in the center of Ecuador, conducting personal interviews with the candidates; Tomorrow, October 26, they will move to Azogues and between the 27th and 28th they will remain in Quito.

The contingent of Ecuadorians that will work in Huelva will join the people hired in Honduras that another delegation is selecting on the same dates.

This initiative, a pioneer in the Andalusian autonomous community, explained Piedra, is carried out in response to the “request made by UPA Huelva for a year and a half to the General Directorate of Migration” to open the recruitment at origin to other countries that, until now, was centered in Morocco.