The Government would collaborate in the investigation of “paid millionaires” that would have been carried out during Rafael Correa’s mandate to the “Prometheus Program, the Latin American Strategic Center for Geopolitics (Celag) and entities related to Podemos and leaders of the United Left and the United Party We “ 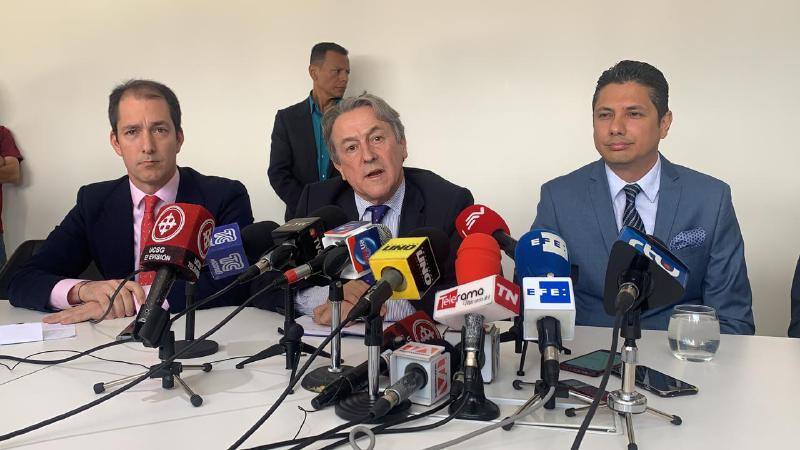 That agreement would have reached on Monday President Lenin Moreno with the deputy of the Vox party for Salamanca, Víctor González, and the Spanish MEP Hermann Tertsch. According to González, the collaboration also comes from the Court in exile from Venezuela, in Bolivia and in Brazil.

Both Spaniards are in the country to talk with authorities not only of this supposed fact that would involve the Vice President of Spain, Pablo Iglesias, but also of the participation of former President Correa in an alleged escape plan from Spain by Pablo Romero, former Secretary of Intelligence accused of Kidnapping of Fernando Balda and extradited on February 21.

“In Spain, very serious things are happening. That is one of the things for which we are so interested in knowing the route of Ecuadorian money that has financed Spanish communists to undermine Spanish democracy and that today in Spain there are people in danger and threatened with death for telling the truth ”, Tertsch pointed out.

González, who is also vice president of the extreme right-wing party Vox, said they will take the battle to Spain in the political sphere, to request that political responsibilities be refined, and in the judicial sphere, where they will present the respective complaints.

He said that two weeks ago he presented a list of questions for Iglesias and his group to answer about the funding investigated and their participation in an alleged escape plan of Romero, but explained that the members of the United Formation of Podemos stopped the questions and There have been no answers.

One of those cases in which they will take legal action, said the deputy for Salamanca, will be that of former President Correa, because he would have committed a crime in Spanish territory by collaborating with a possible escape plan from his former secretary Romero.

Tertsch and González accompanied Balda yesterday, who presented a documentary with audios of voice messages, emails and text messages that, according to him, would show that Correa and Romero communicated in code, through an intermediary, with terms such as “Neighbor” or “friend”. Balda would have contacted the Spanish Secret Service to give information and warned of Romero’s escape plan. He says it is proven that Correa financed Romero’s lawyers, urged him to escape from Spain.

The activist acknowledged the support that former Secretary of Anticorruption Dora Ordonez gave to the investigation and denounced that in Spain the people who served as a source for this work have been threatened with death and have not authorized him to present the audios and emails.