Special areas, with incentives after eight years of slow progress 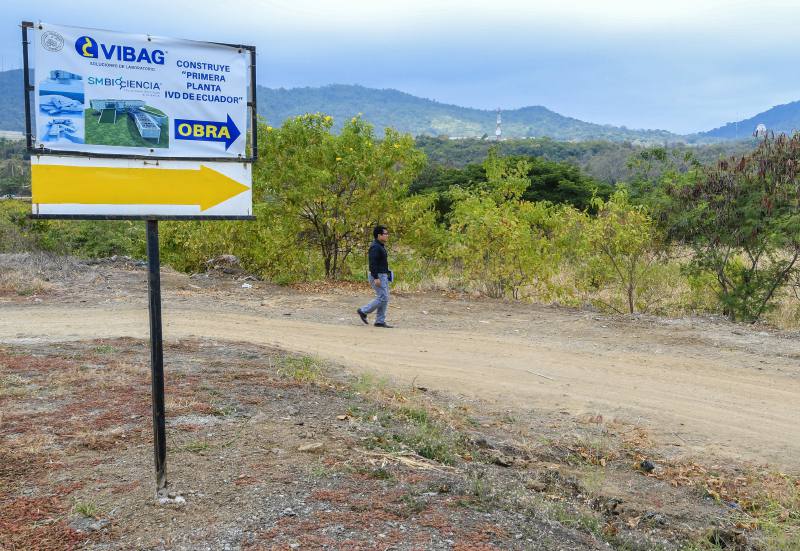 The doubling of the years of exemption from income tax which will go from five to ten years- and the possibility of having an Income tax of 10 points lower than the rest of the productive sector since the eleventh year are two of the largest incentives that the so-called Special Zones of Economic Development (ZEDE) will win with the new Law of Productive Development, which is about to be approved.

The ZEDE are “customs destinations” in which companies that seek tax incentives can be installed. Its creation was determined in the Code of Production in force for eight years.

At the moment there are five in Yachay (Imbabura), Manta (Manabí), Posorja and Espol (Guayas) and Tababela (Pichincha).

However, there are still no results of the project that started in the previous Government and which is intended to continue in the current one.

In the Code, the ZEDE also had other types of incentives, which are preserved. Among them, a 0% rate of value added tax (VAT) on the importation of capital goods and raw materials; exemption from the payment of tariffs on foreign merchandise entering said zones; and the exoneration of the exit tax

Eva García, Minister of Industries, says that the full operation of these sites is part of a process “that is not achieved overnight.” The ZEDE Eloy Alfaro, in Manta, is pending because it depended on the development of the El Aromo refinery. The others have a different level of advancement.

Thus, the School of Polytechnic of the Litoral awaits the authorization to start operating. This, despite the fact that a year ago he submitted the application.

“At this moment we have the approval, the space is constituted, but we are not yet a qualified administrator”, lamented Maria Luisa Granda, her general manager.

But he expects this qualification to arrive this year, since they already have a company within the project. This is Vibag, which announced last year that it will assemble its medical diagnostic reagent plant.

On June 27, 2017 his alliance with the Espol was made public with the signing of a contract, and confirmed on November 10 of that year placing the first stone of the plant that will occupy 3,000 square meters of the 200 hectares that the Espol destined for the ZEDE. The company invested some $ 600,000 in its infrastructure.

Jorge Martinez Vásquez, general manager of Yachay EP, in charge of the ZEDE Yachay, assures that it is programmed to initiate the establishment of the first operators at the end of 2019.

He says that most of the interested parties are industrialists, specifically the textile sector of Imbabura, as well as bioethanol and pharmaceutical companies.

The ZEDE of Tababela still has to fulfill a couple of procedures for its official creation.

Álvaro Maldonado, Secretary of Development of the Municipality of Quito, explains that there are already 23 industrial, logistical and service projects. Among them, a chocolate plant, a flower improvement laboratory and a bus assembly plant.

The one of Posorja, in charge of the company DP World, will be made concrete as the deep water port is finished.

According to Xavier Cárdenas, manager of Government Affairs of DP World, by the end of 2019 it would be working.

A next step of the ZEDE will be to request an extension of its type, which is logistic, so that it is also industrial.

But Posorja also appears as “development pole”, another figure created in the Commercial Code. The construction of a steel plant, a copper plant and a shipyard is expected, explains García.

These ‘poles’ seek benefits for the interior of the country, because the ZEDE are focused on export, he adds.

The technological, logistical and industrial ZEDE will be located on 121 hectares. Now it is in the process of resizing. Agrotechnology, technological and chemical projects can be carried out in an “innovation ecosystem”. The term for its operation is from 2013 to 2033.

The petrochemical ZEDE Eloy Alfaro de Manta, planned in 100 hectares, had to start building in 2012 to be ready in 2013, according to the first plans. However, it is now delayed, especially due to the lack of development of the El Aromo refinery project.

The ZEDE del Litoral has 200 hectares for its development and it is foreseen that it will have a maximum of 20 companies. It was approved in April 2017 and can work until 2037, with the possibility of extensions. He has an interested company that laid the first stone last November.

Posorja’s ZEDE is located on 100 hectares adjacent to the deepwater port that builds in the sector in charge of the company DP World. The ZEDE is qualified in spaces of use, but the qualification of the administrator is missing. The request will be made along with the advance of the port. (I)

Portrait of Rosalía Arteaga as President was placed in Carondelet