State of Indecision in the Legislature by the Glas Case 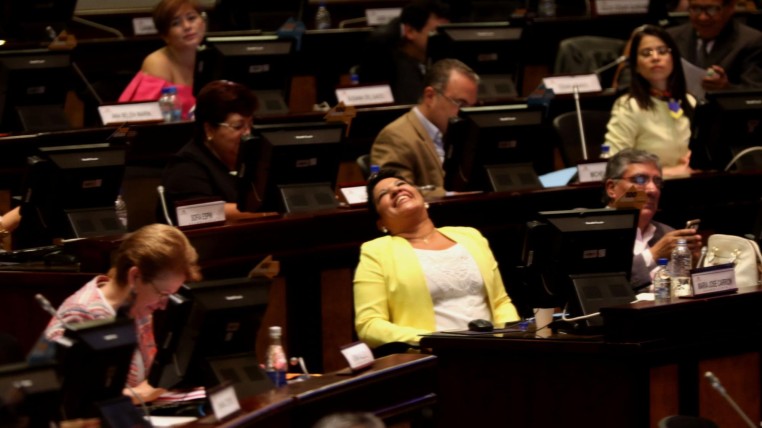 (Laughing out loud. The president of the Supervisory Commission, Maria Jose Carrion, does not lack a good reason to laugh. The Glas case is stagnant in the Legislature and the Alianza PAIS ruling party remains united, precariously though.)

The Alianza PAIS party delays the criminal prosecution of the second president. The opposition questions the crime of illicit association imputed to Jorge Glas. The request for authorization to link vice president Jorge Glas in the case of illegal association is a kind of political entrapment.

The Alianza PAIS (PA) party decided to request all documentation and to the Office of the Attorney General on the Odebrecht case, to whether or not authorize the criminal prosecution of Glas.
Meanwhile, the opposition, on the one hand, celebrates the fact that prosecutor Diana Salazar linked Glas in the Odebrecht case. On the other hand, it is concerned because Glas has been linked to a misdemeanor crime: illicit association and not the author of the crime.
Legislator María de Lourdes Cuesta (CREO party) wondered: what will happen to the other crimes of the other cases in which the vice president is allegedly involved? “There are illegal enrichment and money laundering,” she added. (I)