State owes $ 937 billion to its suppliers, according to the Finance Ministry 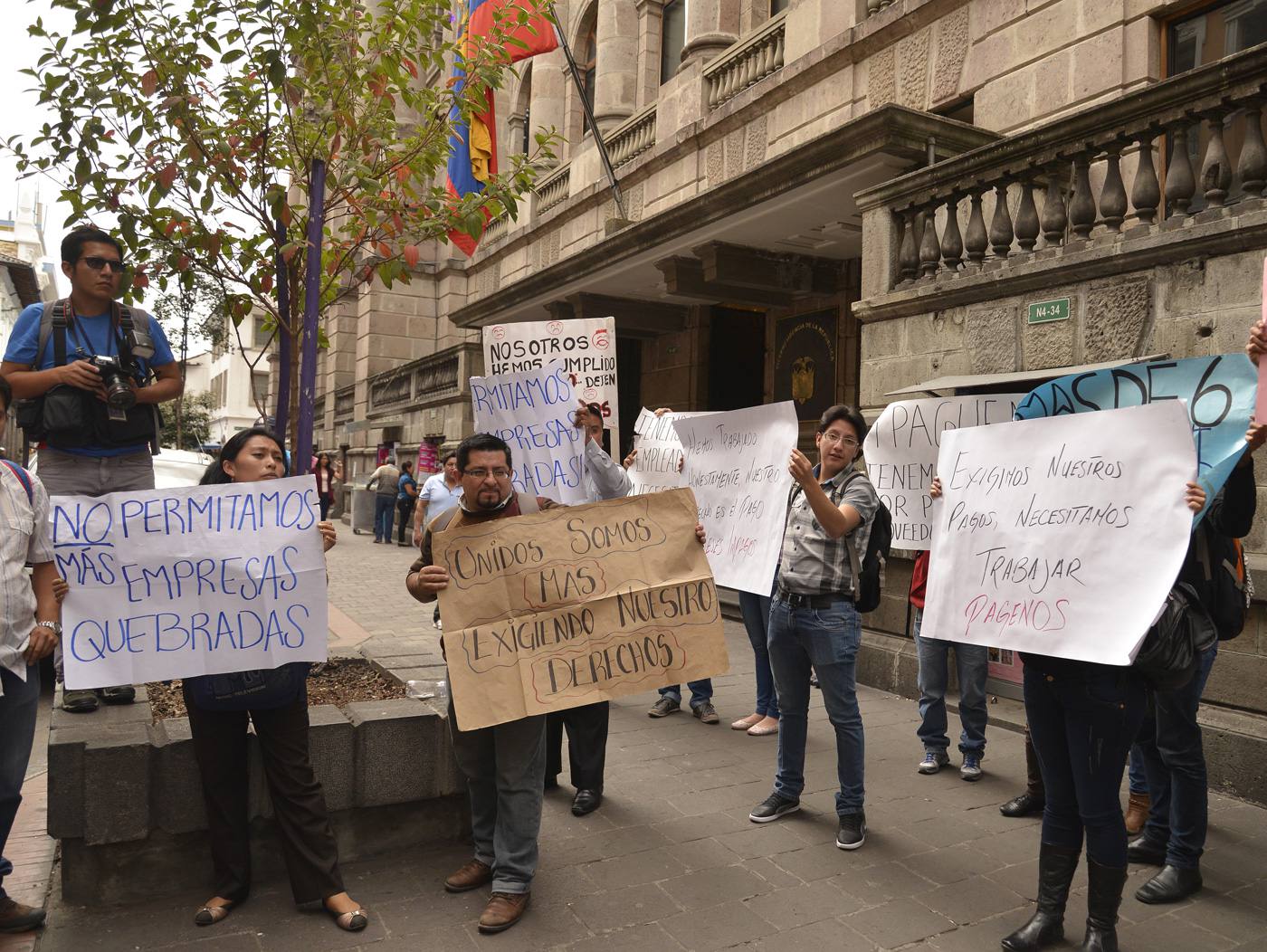 Posters of State suppliers asking their late payments of 2015 and 2016 or warning they are close to bankruptcy filled, two weeks ago, the ground floor of the Ministry of Finance and the Carondelet Palace. They were joined, these days, by universities denouncing outstanding payments for seven months.

These debts could border the $ 937 million between January 1 and July 13, 2016, according to the website of the Ministry.

Jaime Carrera, executive director of the Tax Policy Observatory, indicates that arrears to suppliers can be measured through the government report on the budget (billed) accrued and that effectively paid.

Since the beginning of the year until July 13, the government has billed $ 4,853.61 million in consumer goods and services and investment, public works transfers and donations, but actually what has been paid reaches $ 3,916.46 million.

Thus, arrears in the budget, only in these areas, would reach $ 937 million.

Among these suppliers who protest are representatives of companies that provided goods and services related to information technology, office, cleaning supplies and other services.