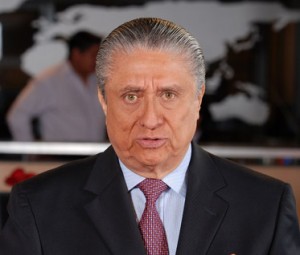 Ecuavisa broadcasting station’s  director has  within 72 hours to issue a public apology to the “Afro-Ecuadorian people and the community of diverse sexual orientation, due to discriminatory comments based on ethnicity and sexual orientation,” expressed  by Alfredo Pinoargote   interviewer of the program ‘Contacto Directo  ‘.

The text also requires a public apology to be expressed into the station’s main website , not less than seven consecutive days term provision of Article 64 of the Communications Act.

That was the punishment imposed by the Superintendency of Communication (Supercom) to  the broadcasting station for  the  expressions stated by the interviewer on January 7th, which allegedly violate Article 62 of the Communications Law, which prohibits the dissemination of discriminatory content.

This prompted an official complaint from pro govermment representative Alexandra Ocles , who said that such comments were “derogatory and denigrating the Afro-Ecuadorian people, and people of different sexual orientation.”