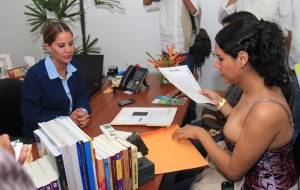 The complaints of social organizations that announced last April against the comics programs La Pareja Feliz, Vivos and Mi Recinto, by disseminate allegedly discriminatory content , still not arrive to  the Superintendency of Communication ( Supercom ) because was reformulated .

This was announced by the president of the Association GLBTI Silueta X, Diane Rodríguez, she said that  the document had been sent by the Supercom  the same day it was filed with the Ombudsman .

The trans activist explained that the complaint only was given to the latter dependence , since it was considered that have to be better supported .

” The Ombudsman met with us and told us to follow the process according to the Communications Law . Now our way to proceed cautiously and to this we have been advised request the videos to different TV channels, ” he said.

Rodriguez said there is still no specific date to officially raise the complaint with the Supercom . He said that still expect that the media offer them the audiovisual programs questioned.