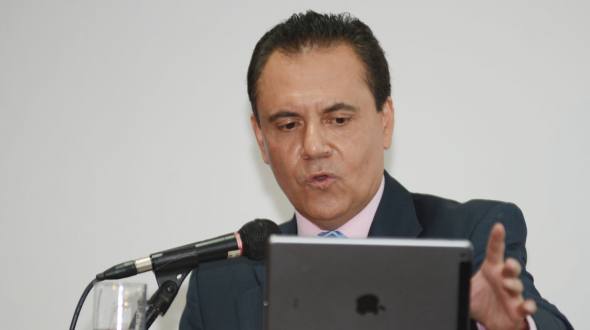 Through a panel discussion with students at the University Casa Grande of Guayaquil, the Superintendent of Communication Carlos Ochoa announced a possible amendment to the Communications Law.

“We have been analyzing the performance of the law and we have considered that in a year it is necessary to pose any kind of reform,” he referred to the law in force since June 25, 2013.

One change would be the provision that the media offers a 50% of national programming.

“They’ve done a sort of partnership with various known national artists and they comply with the 50% law presenting these types of themes, but I do not understand the preference for these artists,” he said, referring to the broadcasters who are meeting this standard.

Ochoa proposed that 10% of the  50% be occupied by unpublished creations by “not so famous” authors.

During the table discussion, the Superintendent made a brief evaluation of the first anniversary of the norm. He stressed the equitable distribution of frequencies, the enhancement of the right to freedom of expression and the journalists´s claim for labor rights.