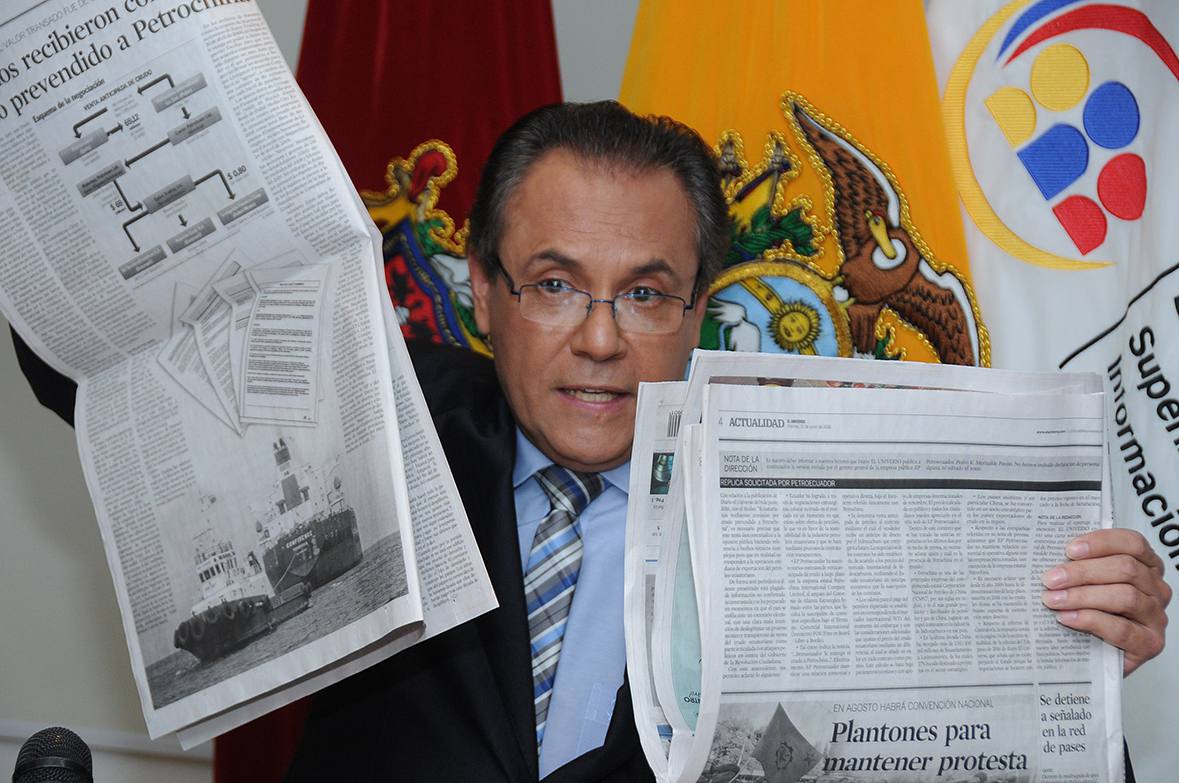 After three years of the implementation of the Communications Law, the Superintendency of Communication (Supercom) raised “$ 633,000” with the collection of fines imposed on the media by offenses committed.

After giving the information, Ochoa said: “I hope tomorrow newspapers publish the news with this headline: The Superintendency has collected $ 633,000 in the three years of work. I hope. Mya grandma used to say: `forewarned is forearmed.´” And he smiled.

During this period, 896 proceedings were processed; of them, 427 were complaints by local governments and citizens; and 469 are ex officio, driven by the Supercom.

In total, 561 penalties were reported, which are divided into 281 for radios ; 169 for print media; 111 for audiovisual media, “I understand that not all of them are monetary sanctions ,and these do not even reach the 30%,” said Ochoa.

Ecuador will insist on closed season for tuna