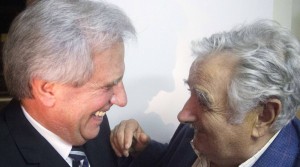 The government transition in Uruguay will start on December 11, after the second round in which Tabaré Vázquez, from the Frente Amplio (FA) coalition, resulted elected president.

The elected Vice President and Senator, Raul Sendic, announced that they will start working and Vázquez will announce his new cabinet between Thursday and Friday.

On December 11, after the Uruguayan President Jose Mujica, returns from an institutional trip to Venezuela, Ecuador and Mexico, meetings will start between the outgoing government and the one that will be conformed by his successor.