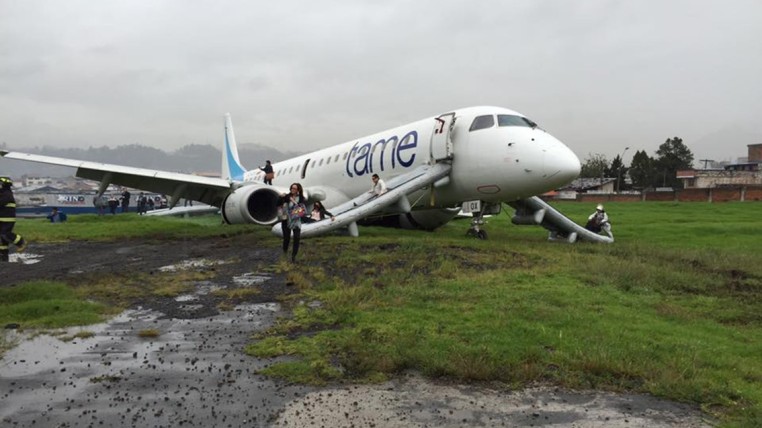 A clang frightened passengers of an aircraft of the Tame airline coming from Quito to Cuenca, yesterday, at 07:53. The plane lost track and nearly came out to the Nunez de Bonilla Avenue, in the south of the Mariscal La Mar airport. This was flight 173 with 86 passengers on board.

At that time it was raining heavily and the aircraft, an Embraer 190, failed to brake, reaching the buffer zone. Its fuselage got stuck in the brick wall that fences the airport.

Passengers were immediately assisted by emergency personnel of the airport after landing through the emergency gates. Two of them presented minor injuries and a sprained ankle, as a rescuer initially revealed.

“It was horrible. Thanks to the good maneuver of the pilot there were no major mishaps,” said one of the passengers who omitted his name, showing the shock on his face.

After the incident, he and the other 85 passengers walked more than 700 meters from the site where the device remained to the landing room, in the airfield facilities.