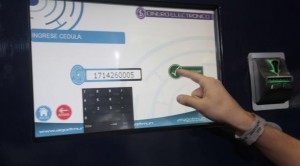 Fausto Valencia, Manager of the e-money Project of the Central Bank of Ecuador (BCE) said yesterday that the tariff for the use of electronic money has been approved, which would become effective in late 2014.

The use of electronic currency will be a mean of voluntary payment. The back-up will be in dollars, that is, if a person has USD 1 he would be able to change it by the same amount electronically. The aperture of an account and the maintenance will have no cost.

The load of money (giving physic dollars to charge the same amount in the cell phone) will not have any cost.

Finally, the rate includes costs for purchases by the amount. The purchases of up to USD $ 10 will cost two cents and it will increase to 20 cents, depending on the amount.

This value, however, will not have to be paid by the user but by the establishment where the purchase is made and will cover the cost of the system maintaining and operation and the payments to operators participating in the system, including other system costs.