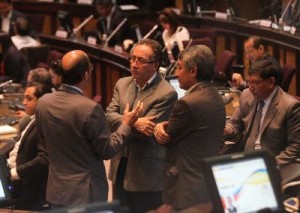 In tax matters, the country ended the year with significant changes. The Incentives and Prevention of Evasion Act, which passed its first debate in the Assembly yesterday plans to change the behavior of about five sectors of the economy.

Within this group is the banana sector. Producers and exporters achieved that the Executive’s proposal that set a single tax per sold box is reviewed. The value (ranging from 1 to 2%) will be paid on 300 boxes sold weekly.

Edgar Cordova, Assemblyman for PAIS, said that although the incentive is beneficial, a study that shows the costs to produce that amount of boxes should be submitted. The figure, according to the Assemblyman, would reflect the reality of the sector.

The opposition also questioned the scope of VAT refunds to senior and disabled citizens, legislation that was issued by the Executive, and processed by the Commission of the Economic and limits returns on products for personal consumption.

The European Union approved tariff benefits to Ecuador for 2 years