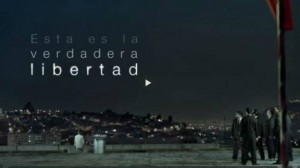 The TV channel Teleamazonas yesterday joined to Ecuavisa´s rejection for the Government towards the production “This is true freedom,” disposed by the Ministry of Communication (SECOM). Teleamazonas considered it is “dangerously designed to polarize the public opinion.”

“Teleamazonas joins the voices of other TV channels that consider the production of the National Communications Secretariat dangerously designed to polarize the public opinion, stigmatizing respectable groups in society,” said the television station.

The Regulatory Council of Information and Communication (Cordicom) indicated that Ecuavisa´s posture is a sign of censorship.

Dario Patino, executive of Ecuavisa, said yesterday on CNN that the channel “is not applying censorship, because it has not stopped airing it.” Even though he said he did not know the Cordicom statement.