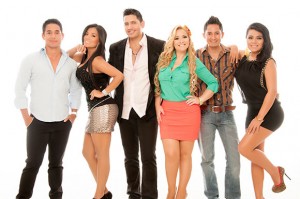 The TV channel Teleamazonas was sanctioned again by the Superintendency of Information and Communication (Supercom), because one of the programs it transmits “Jarabe de Pico,” did not comply with a request for rectification as provided by the Organic Law of Communications (LOC for its Spanish acronym).

The complaint against that program was raised by actress Carolina Jaume on September 29, because Jarabe de Pico onthe 25 of the same month used information and photographs from her Instagram account to make comments that were not verified and according to the complainant, it infringed sections 10 (ethical standards), paragraph 1 (human dignity), point c (personal privacy) and 23 (right to rectification) second paragraph of that Law.

In addition, she noted that her account was “hacked,” so she demanded a correction.

Jarabe de Pico, on 1 October, only made a reference to the rectification letter “without verbally reproducing its entire content or publishing its Image;” incurring in the offense that points out clause two of section 23 of the LOC,” explained the Supercom.

The penalty involves a public apology -written -of the director of the media to the affected, with a copy to the Council ofRegulation and Development of Information and Communication (Cordicom). Thereof shall be published in the website of the media in a term of no less than seven consecutive days.

Ecuador will access to the tariff preferences in the European Union