Ten legal gaps into the affiliation to the IESS 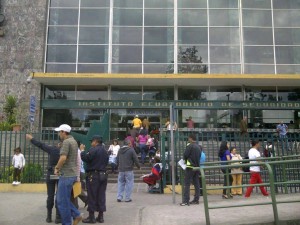 Ten legal gaps into the affiliation to the IESS

Experts and professional associations, believe that the resolution 464 on the affiliation of persons without dependent relationship has, at least ,ten legal and technical gaps which must be corrected.

Marco Morales, former Director of the IESS, says that the resolution clearly states “a system of compulsory affiliation without dependency relationship”. In his discretion, this is against the law of Social Security.

A second critical point is that resolution 464 eliminates the voluntary affiliation within the country, and is only to affiliates resident abroad, despite the fact that this is a right guaranteed in the Social Security Act.

Carmen Corral, former security mayor, points out that this right can not be deleted via resolution, since a lower hierarchy rule can not reform a law.

Legal expert ,Miguel Falconi, CEO, points out that other mistake has to do with the contribution base.

Another point is that the Social Security Law in the article 13 define that will be the IESS who decide for the most relevant special categories in the labour market, a presumptive basis of contribution.