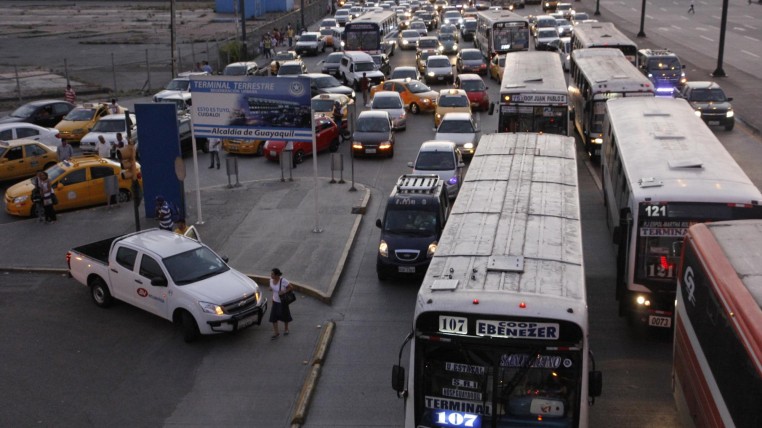 A bomb threat at the Bus Terminal of Guayaquil, around 17:30 yesterday, caused a traffic chaos of big dimensions in the access roads: Las Americas, Jaime Roldos and Pedro Menendez Gilbert avenues.

Eduardo Salgado, manager of the terminal, said that after a note received, which gave notice of the existence of an alleged explosive device, the total evacuation of the facilities was ordered.

Passengers and employees of transport cooperatives and several businesses were evacuated. Neither the enter of urban, cantonal and interprovincial buses to the facilities was allowed until the explosives experts and the Rescue Intervention Group (GIR) of the Police made a thorough review of the building.

A semi-submersible carried 1.5 tons of drug _ but the Ecuadorian Navy did not intercept it