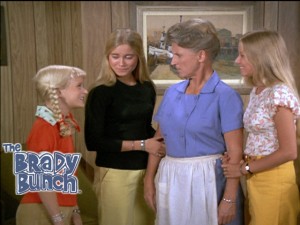 Ann B. Davis, actress who played Alice, a maid in the American television series “The Brady Bunch,” died last Sunday at age 88, at a hospital in San Antonio, Texas, where she lived with a friend who is reverend and his wife, according to information give to  to NBC by Robert Malcolm, her agent.

Davis suffered a head injury due to a fall in the bathroom, which caused a subdural hematoma. Winner of two Emmy for her role on the TV sitcom “The Bob Cummings Show” in the 50s, her participation in “The Brady Bunch” made ​​her famous.

“The Brady Bunch” (1969-1974), was about a man and a woman who have three children each from previous marriages, who marry and must learn to live with a larger family. Alice’s character became one of the most loved of the series for her jokes and comic situations.