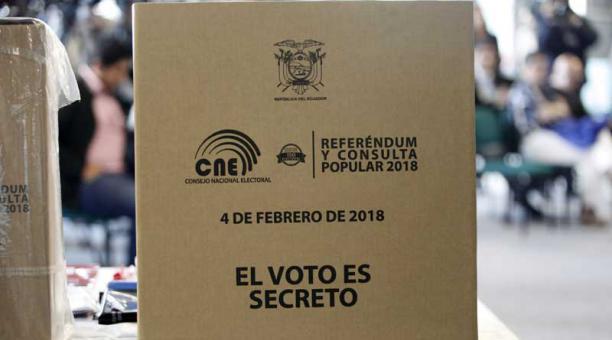 When the government of the citizen revolution came to power for the first time, former President Rafael Correa called for a Constituent Assembly and in September 2008, the citizens approved the new Magna Carta with 63.93% of the valid votes.

That document embodied the principle that alternation was necessary to maintain democracy. However, in 2015 there was an adjustment of principles. The former president decided to eliminate the prohibition and allow indefinite re-election and it did so through the approval of the National Assembly, which at that time had an absolute official majority.

But, faced with the refusal of public opinion, Correa decided to include a transitory provision. That article prevented him and a large part of that pro-government majority from being re-elected. In any case, the amendments were approved amid political protests and citizen demonstrations.

But that lock was temporary. Currently all those who have already been re-elected can re-apply.

Question 2 is: To guarantee the principle of alternation, do you agree to amend the Constitution of the Republic of Ecuador so that all popularly elected authorities can be reelected only once for the same office, recovering the mandate of the Constitution of Montecristi and annulling the indefinite re-election approved by amendment by the National Assembly on December 3, 2015, as established in Annex 2?

The second question of the referendum, raised by President Lenin Moreno, implies returning to that principle of Montecristi: prohibiting indefinite reelection, since in his eyes it is a political aberration.

“Those who want to be re-elected do not think about the future of the country, but about the next period.” That is why he wants to include a new padlock, to prevent those who have already been reelected since 2008 from doing it again.

However, within the ruling party there are opposition voices, like that of Correa himself and several legislators, who changed their minds since 2015 and now defend the right of the candidate to run and the people to choose. His argument is that it is not a re-election but an indefinite postulation. (I)

Daniel Noboa Azín and Gabriela goldbaum got married in Salinas