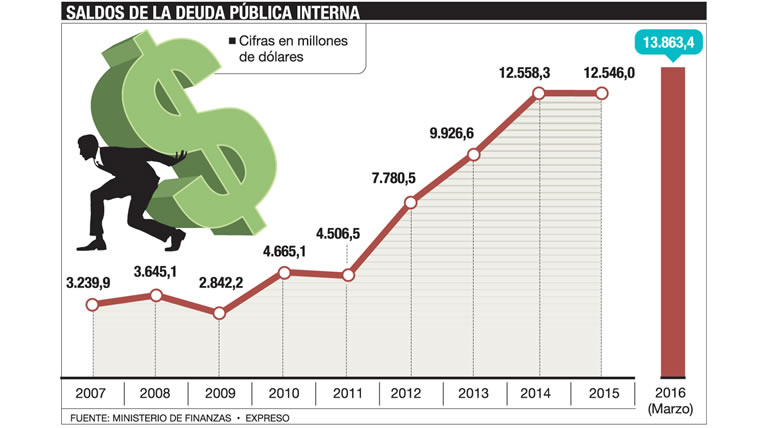 The state has a debt of about 11,000 million dollars with the Ecuadorian Institute of Social Security (IESS). This due to the constant purchase of internal indebtedness bonds.

According to Deputy Minister of Finance Madeleine Abarca, domestic debt exceeds 12,000 million. Of that, 91.6% corresponds to the IESS. A percentage that worries the political opposition.

For independent Assemblyman Ramiro Aguilar, the fact that the social insurance has so much money invested in government bonds is not healthy. If the state has financial problems and fails to comply with the IESS, the institute would disappear, he said.

Abarca disagrees. During her appearance at the Commission on Economic System of the National Assembly to show the budget implementation of 2015, the official explained that this commitment is respected and promptly met by the Government. (I)