The border is permeable for fusarium

From Sullana, Peru, to Macará (Loja) the trip is two hours in your own vehicle. From Piura to Huaquillas there are five hours. The hours of travel and the types of products that arrive from the neighboring country analyze the producers and exporters of bananas and plantains in Ecuador, worried about the advance of a fatal and uncontrollable mutated fungus. 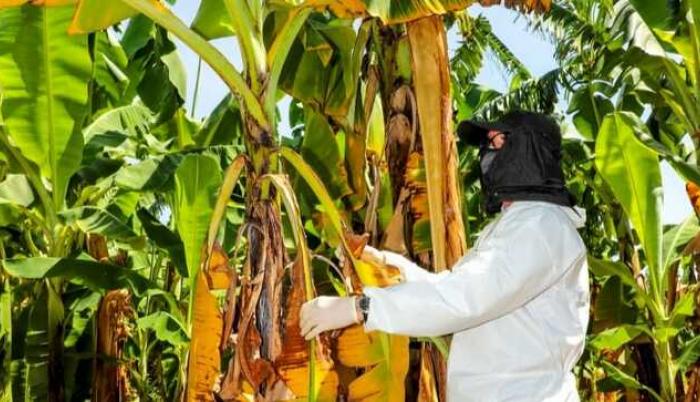 In April 2021, the first case was detected in Peru.

Until yesterday, the Agency for the Regulation and Control of Phytosanitary and Animal Health did not pronounce on the contingency plan applied at the national level after the National Agrarian Health Service of Peru (Senasa) reported a month ago, that they are not 0.5 the hectares affected with race 4 of Fusarium oxysporum, but 71.54.

But the director of Agrocalidad de Loja, Edi Chamba, told Diario EXPRESO that although Loja does not produce bananas, they have a contingency plan against fusarium and have developed training for farmers, carry out control operations on the roads and seize products without permits. phytosanitary.

He said that the vehicles that go to other provinces from Saucillo-Zapotillo are fumigated to prevent any plague that may arise.

The authority is concerned about the clandestine crossings in Macará, Zapotillo and Alamor , since this fungus can arrive at any time: it can be transported in vehicles, in plant roots (onion bulbs, for example), in footwear.

The Peruvian-Ecuadorian border in Huaquillas (El Oro province) also raises concern because it is a high-risk place for the entry of this plague, since it has ten illegal crossings.

As EXPRESO reported yesterday, Senasa revealed that the places where positive detections of Foc R4T have been reported are under official control and are located in the Chocán, Santa Rosa and El Mango sectors in the Querecotillo district; in Salitral, Sullana province, and in San Rafael, Castilla district, Piura department. Those affected are 22 organic banana producers.

Former agriculture ministers consulted by this newspaper indicate that the alert should be maximum. They state that they cannot refer to the issue due to the sensitivity of the situation, but that a complete monitoring is necessary, even with drones, of the areas sown in the province of El Oro, especially.

It should be remembered that there is no border between the El Oro and Guayas banana plantations, since they run into the Balao and Naranjal estates, and these directly with Milagro.