A greater diversification of products is on the shelves of national supermarkets and pharmacies with cheeses, liquors, chocolates, sausages, oils, pharmaceutical products, among others, as well as European cars that enter the Ecuadorian market with improved prices from the effective date of the agreement trade of Ecuador with the European Union (EU). 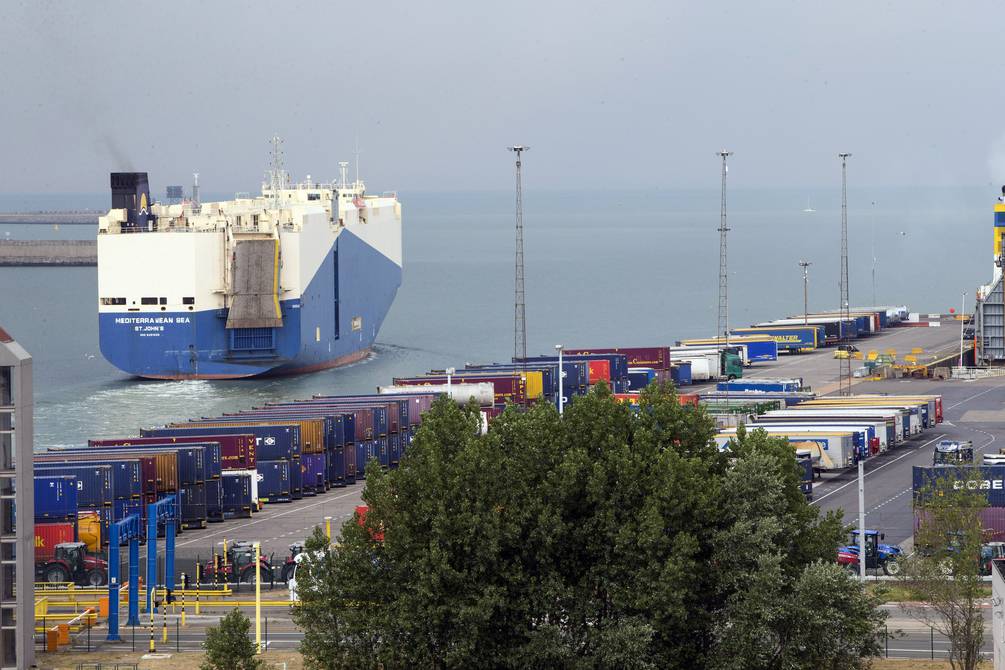 Zeebrugge, on the Belgian coast, is one of the merchant ports where products marketed by the European Union arrive or are shipped.

The elimination of tariffs and obstacles reduced, for example, the price of distilled spirits (such as whiskey, vodka or tequila) by 58% and of wines by 37% in these almost five years of the agreement, it indicates Felipe Cordovez, president of the Liquor Importers Association.

There is also a decrease in the price of European cars, which are subject to a gradual tariff reduction every year.

The reduction is greater for this year since the tariff rate they pay was reduced to 15% compared to vehicles of other origins that pay up to 35%.

” By lowering tariff rates, the prices of European products also adjusted downward, becoming more attractive and more accessible to the pocket of the Ecuadorian consumer,” the EU reports to this newspaper.

Since 2017, when the trade pact came into force, imports from that bloc to the country increase every year, except for 2020, due to the commercial crisis generated by the COVID-19 pandemic.

The trade agreement implies the gradual or total elimination of tariffs, as well as the elimination of barriers that restricted imports to the country of that bloc, such as tariff rates or vehicle quotas, among others, reports the EU.

However, there is a recovery in the first six months of 2021 with an increase of 24% compared to the same period last year , but it is still lower than the imports from before COVID-19.

The sales of products of agricultural origin from the EU to the Ecuador grew 31% between January and June this year compared to the same period last year.

“One of the positive effects is that smuggling was reduced. Before it was impossible to compete in this market, which boosted the entry of alcoholic beverages from Colombia and Peru. Prior to the trade agreement, liquor imports fell without the demand having decreased, but everything was supplied by smuggling”, Cordovez emphasizes.

In some of the categories, such as Scotch whiskey, smuggling went from 90% before the treaty to 20% of the supply in the country today. The rest corresponds to legal products, says Cordovez.

Of the six main agricultural products imported from the EU, the import of beverages, spirits and vinegars is the one that increased the most from January to June of this year with 80% compared to 2020. These types of products occupy third place in this item with imports totaling $ 13 million, surpassed by residues and waste from the food and animal feed industries ($ 18.2 million) and miscellaneous food ($ 17.3 million).

The decrease in prices also occurs in industrial products. The EU reports that the total elimination of tariffs for vehicles is expected in a period of 7 years.

Vehicles are the third main industrial product imported from the EU, reaching $ 76.6 million between January and June of this year, only surpassed by machinery and electronic products ($ 168.9 million) and pharmaceutical products. ($ 100.6 million). But of the three, it is the one with the highest rate of increase with 23% compared to the same period of 2020.

” The existence of imported pharmaceutical products opens the possibility of greater competition, a provision of products of higher quality, efficiency and effectiveness, as well as the entry into the country of new innovative products and updated treatments,” reports the EU.

Diego Grijalva, a professor at the San Francisco de Quito University, affirms that in a trade agreement there will always be winners and losers. “Many times, the discussion focuses on an ideological side that says that the treaties are the best there is, and on the other side, the concern is that these treaties can break the productive scheme of a country and affect employment.”

In the specific case of the EU, the results have been positive, he adds. “There are more exports and imports … The treaty has had a small contribution to the growth of the Ecuadorian economy, which is good, since one of the negative effects of these agreements is that the Government stops receiving tariffs, but it has not passed due to the global increase in exports and imports”.

The specialist adds that more of the consumers benefited with diverse products of higher quality, the production system is also strengthened with more efficient processes due to the arrival of machinery or parts, cheaper technology.

An effect has occurred in the market for mature cheeses and sparkling wines (champagne) that are manufactured in the country, says Grijalva, which cannot accept a certain denomination of origin due to the intellectual property rights of the EU of the products.

“Local producers cannot sell products that are called Parmesan, only a Parmesan-type cheese, but due to the rule of origin it cannot be Parmesan itself, because it is not from Parma (an Italian city),” says Grijalva.

The entry of fertilizers and chemical products that are used in agricultural production also helps to have more competitive prices, since these inputs are imported because the country does not produce them.

There is a trade balance in favor of Ecuador

Xavier Rosero, executive vice president of the Ecuadorian Federation of Exporters, also has a positive vision since although imports increased, so did exports.

In fact, there is a trade balance in favor of Ecuador. “No single Ecuadorian company has gone bankrupt or closed due to the preferential access of European products to Ecuador. What has happened is that we have worked with more than 120 companies that have exported to that market for the first time since the agreement was signed with the shipment of, for example, chocolate bars or amaranth drinks”.

For the national export sector, the agreement implied tariff-free access to the bloc and has allowed the generation of more than 22 thousand direct jobs. “In the event that we had not signed, we would have paid tariffs that reached 25% of the value of the product of the food supply and 20% of the supply of manufacturing and intermediate goods. This would have caused an accumulated loss that would have easily exceeded the first two years (without the agreement) two billion dollars,” says Rosero.

In 2018 and 2019, sales to the EU increased marginally. And in 2020, despite being an atypical year due to the greatest global health and economic crisis, Ecuador managed to increase its exports to the EU by 1% by adding $ 3,575.8 million, the highest annual export value since it came into force. the Trade Agreement.