The bulk of the complaints fall on the Judiciary Council 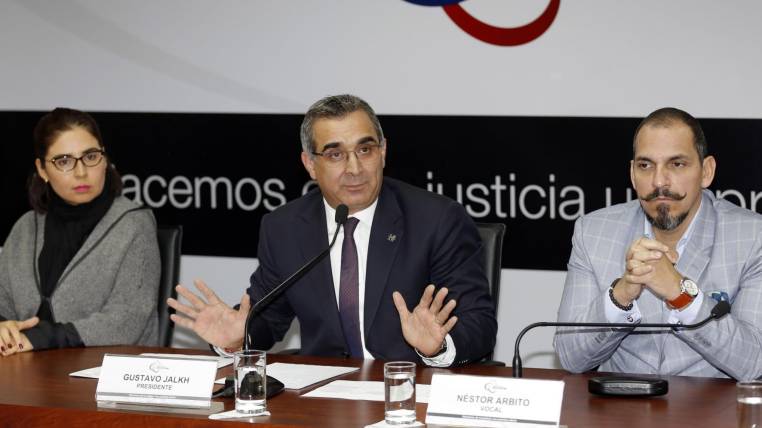 It goes to the head of the citizen denunciations. The predictions of several members of the Constituent Assembly of Montecristi seem to be fulfilled 10 years later, with the series of questions that accumulate the Judiciary Council

The Council of Transitional Participation opened the possibility for civil society actors to present documented complaints against the entities subject to evaluation. Of the 103 complaints filed until yesterday, 77.6% went to the governing body of justice.

Vicente Taiano Álvarez, who was part of the Board of Justice of the Constituent Assembly, is not surprised by the figure. In 2008, when the hullabaloo for the approval of the Constitution was at its highest level, he warned that, as the mechanism for the conformation of the Judiciary was approved, its independence was a chimera.

“Unfortunately, time gives us the reason. Together with other constituents we noticed that they were approving a Constitution that gave all power to the incumbent and the Judiciary Council was addressed to that, “Taiano told EXPRESO.

Only the Pichincha Bar Association had compiled documentation of no less than six possible irregularities committed by the institution headed by Gustavo Jalkh.

For the professor and political analyst, Santiago Basabe, it is unacceptable how the inexcusable error was applied as grounds for dismissal to the judges. “This served as a tool to pursue the judges who did not line up. However, the problem is not the Judiciary Council as an institution, the problem there are the people, “he told this newspaper.

The jurist Salim Zaidan agrees that the Judiciary Council is likely to find the course if some fundamental reforms are made. He believes that a first step is to return to the original idea that the five members of the Council are the result of a contest and not of lists sent by State instances.

The conformation of the Council of the Judicature is a product of the lists sent by the National Court of Justice, the State Attorney General, the Public Defender, the Legislative Function and the National Assembly. The members of the Judiciary Council last a period of six years in the exercise of their functions.

According to data provided by the Council of Transitional Citizen Participation, until Monday, the Judiciary Council had 41 complaints filed by citizens, followed by the Attorney General with 11 complaints, the Superintendency of Banks 3 and the National Electoral Council 2 complaints.

The president of the Judiciary Council, Gustavo Jalkh, said he is open to the implementation of the evaluation announced by the Council of Transitional Participation. He assured, last Thursday, that all the actions of the organism that he directs since 2013 have been framed in what the Constitution and the law empowers.

With emails it is sought to prove that there was interference by the Executive Power in judicial decisions.

The use of public resources is questioned, especially for the purchase of a computer program.

An investigation is also requested for possible cases of influence peddling during the management of the Judiciary Council. (I)