The Busque Escuela Guayas will disembark in 4 nations 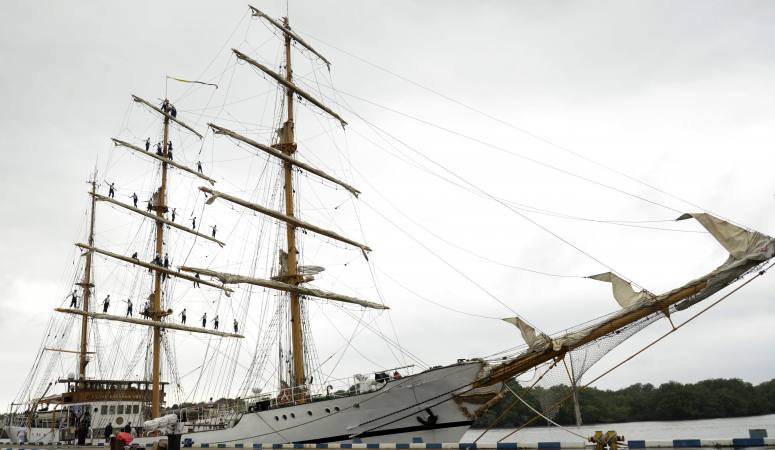 The willingness of her father to serve the country when he was in the Navy and the movie Men of Honor (based on the life of the first African-American who became a dive master) motivated Andrea Polete Maldonado Burbano, 21, to join the Navy.

Today, as part of this preparation, she embarks on a new experience in which she will participate for the first time in the 30th North Atlantic International Cruise 2017 in the Guayas Training Ship (Buque Escuela Guayas for its Spanish name), which will sail away from the dock of the Southern Naval Base of Guayaquil.

Andrea is one of the twelve midshipwomen, out of a total of 57, who are part of the ship’s crew of 169 people. Among them, there are 22 officers, including five guests of the Army and the Air Force and three guests from the Argentina, Chile and Mexico Navies.

The trip, which will last 112 days, will end on September 5. During the journey, the vessel will visit the ports of Norfolk and Boston in the United States, Québec (Canada), Havana (Cuba) and Balboa, Panama.