The CAL authorized the trial against Glas with two months delay 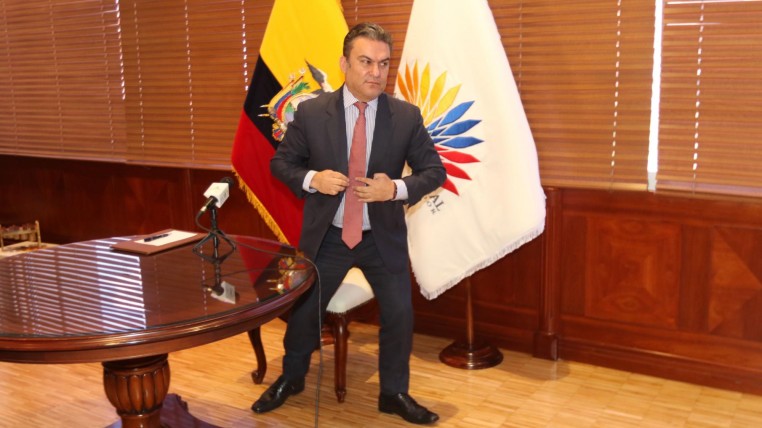 Will the impeachment against Vice President Jorge Glas take place? The Legislative Administrative Council (CAL) took the times to the limit. Just yesterday he admitted the processing, whose request was presented by the opposition banks on October 7, and now the calendar is very close. When three months of abandonment of his office (which occurred on October 2) is fulfilled Glas can no longer be censured and dismissed by the Assembly.

And still three steps are missing: that the Constitutional Court ratifies the admissibility of the process, for which it has five days from the draw of the judge rapporteur; that the Supervisory Commission knows and supports the process, and that Glas prepares his defense (five more days).

The request for inspection slept two months and ten days at the desk of José Serrano. Although the Constitution says that to initiate the impeachment “it will not be necessary the previous criminal prosecution”, the president of the Assembly decided to wait for the pronouncement of the ordinary justice. Last Thursday, one day after the vice president was sentenced to six years in prison, Serrano continued to delay things: with the vote against Patricio Donoso (CREO) and Luis Fernando Torres (PSC), representatives of the opposition in the CAL, it took three more days.

The session on that Thursday was not suitable for cardiac patients. After reviewing the request for trial, the ruling majority decided to ask Roberto Gómez, the CREO member who promoted the process, to introduce a series of changes to the document, most of them formal.

For this, he was granted a period of three days. Donoso, who had moved the approval of the request, immediately called Gómez. He fulfilled the task in a matter of minutes and delivered what was requested before the session ended. But his effort was unsuccessful: again the ruling party decided that it would take three days to review the changes. Yesterday things were faster.

The CAL was installed with four of its members: Serrano, Donoso, Torres and Carlos Bergman. They missed Viviana Bonilla, with maternity leave; Verónica Arias and Soledad Buendía, who tweeted her dissatisfaction with the procedure. The text of the application was read, with the 28 changes introduced by Gómez. Among them, an update with the results of the criminal process and the sentence of six years against Glas, and a purge: everything about the Caminosca case (a process that has reservations in the United States) was withdrawn.

Donoso asked to reconsider his motion to authorize the trial and this was done unanimously. Now everything is a matter of the Constitutional Court, the Supervisory Commission and Serrano himself acting with a hurry that nobody has seen in them. (I)

Moreno questions that Correa goes to the OAS, “that so little respect he deserved”