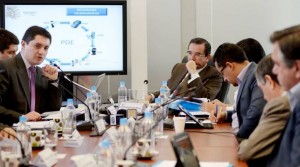 The Central Bank of Ecuador (BCE for its Spanish acronym) is negotiating in these days the rates that will be applied to the users.

Diego Martínez, President of the BCE, said that although he can not yet disclose the amounts of the fees, these will be much lower than those charged by other financial services such as ATM withdrawals or credit cards use.

Fausto Valencia, Director of the BCE electronic money project, explained that smaller transactions, especially those made by low-income people, would cost  a penny and a half.

Transactions will travel across a platform purchased by the BCE, so it will not interfere with the cellphone balance.

Martinez also noted that electronic money cannot be given to public entities, only to citizens and companies.