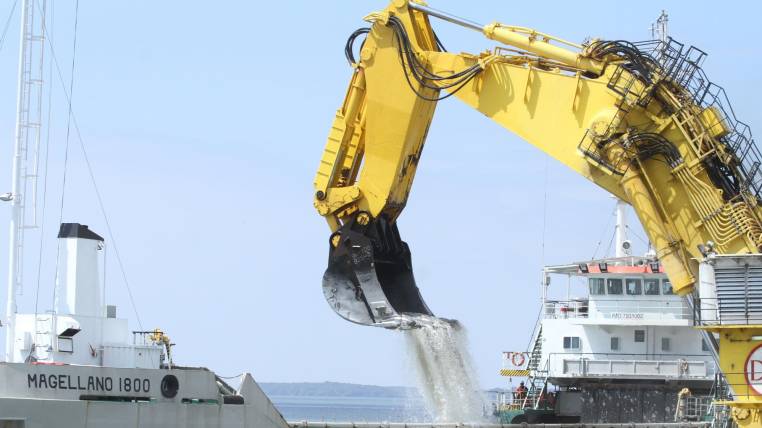 In June 2019 the first ship is scheduled to arrive at the new deepwater port of Posorja, Guayaquil. A month earlier, in May of that same year, the new sectional authorities of the country must take office, including the mayor of Playas, the cantonal capital closest to the monumental work.

Eight months after the elections and eleven days after the inauguration of the port, spa leaders believe that the canton is not prepared for the impact of the work. Esperanza López, president of the Chamber of Tourism of Playas, assures that this is a concern for the hotel and private commercial sectors linked to tourism because there is no program or approach of local authorities to take advantage of the presence of the port.

The same concerns the fishing sector. Miguel Mejillones, president of the Fishermen Cooperative ‘Las Balsas’, does not believe that the hotel sector, for example, is ready to receive national and foreign employees who will work on the construction site. And not only this, also in the provision of basic services, sewerage, asphalting of streets for a better attention not only to its inhabitants, tourists, but also to these new guests. “In the economic, the presence of the new port will give a greater boost, but Playas would need to prepare.”

From his sector, Mejillones comments, he already experiences the ravages of the construction of the work. “There is a shortage of fish, crustacean and shrimp. A mud is arriving to where our boats have product, according to the consultations we have made, of the removal of land for the placement of the piles “.

López aspires to greater openness to listen to proposals from the tourism and private sector of the only resort in the province of Guayas. “Playas lacks a lot it has not been developed. Our attractions have not been disseminated, nor have they worried about this small development. ” While from the fishermen crave a promised work from the previous Government: a craft fishing dock. “We want a mayor to come, that goal be met, a craft fishing dock, and so we will free the space we occupy about a kilometer of beach that can be used for tourism infrastructure,” says Mejillones.

Of the names that currently sound to appear on the ballot is the current mayor, Miriam Lucas; and the former mayors Michel Achi and Gregorio Andrade. Also councilor Sandra Vicuña and businessman Carlos Alvarado, brother of Fernando and Vinicio Alvarado, former government ministers of former president Rafael Correa. In addition, they include the architect Dany Mite, the political leaders Walther Aragundi and Daniel Andrade, and the former candidate for Mayor Solomon Aguirre. (I)

Assembly seeks to recover with bill 35,000 million from corruption

Cruz, waiting for his sentence