Developed in Beijing by the pharmaceutical company Sinovac Biotech , the Coronavac vaccine will also be applied to Ecuadorians. The Chinese supplier was the third with a ‘green light’ to enter the country, after Pfizer – BioNtech , from the US, and AstraZeneca , from the UK. 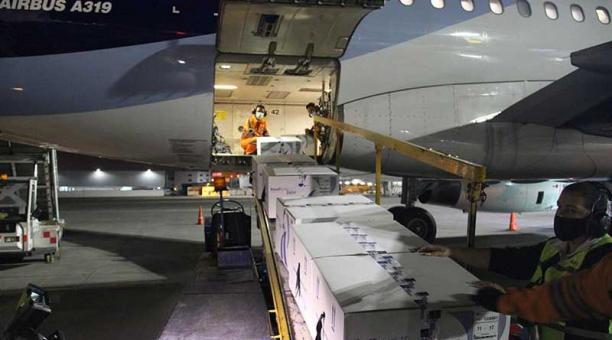 The Chinese doses known to be prepared from the known inactivated (killed virus particles the), which stimulate the immune response of the organism. Two doses are required: the second, 28 days after the first.

For one of these formulas to arrive and be administered in a nation, no new laboratory tests are done. The technicians of the local Sanitary Regulation and Control Agency (Arcsa) only examine documents.

Among others, they review the approval of international regulatory agencies , such as the United States Food and Drug Administration (FDA) and the European Drug Administration (EMA). Also from centers of High Health Surveillance of the region and the opinion of the World Health Organization (WHO).

Specialists from these agencies review safety , efficacy and quality , and issue ‘ emergency use authorizations ‘. That mechanism facilitates rapid availability, distribution, and use.

The FDA cleared the doses from Pfizer, AstraZeneca and Johnson & Johnson .

For Arcsa , extending these approvals implies coordinating surveillance by the authorities of those vaccinated. It is explained by Mónica Tara later and Enrique Terán, experts and teachers in Pharmacology.

Global agencies should be responsible for monitoring the product to assess its risks . These approvals take more than a year, but due to the pandemic the processes were speeded up.

The FDA and the EMA are not the only entities doing this work in the world. Added to those mentioned are the High Sanitary Surveillance and regional reference centers, such as those in Chile and Brazil , in the case of the Sinovac product .

In Latin America they are located in Chile, Argentina, Brazil and Colombia, details Terán.

The WHO joined this dynamic. But each country – he clarifies – develops processes to decide whether to administer the vaccine, to which people, follow-ups …

In Ecuador , this work falls to the Arcsa , which enables the entry of formulas at the request of the Ministry of Health (MSP).

Salud sends an official letter, as a request, along with official records of its manufacturers , trade name, authorization for use due to health emergency, pharmaceutical form, total amount to be imported and other details.

The documents are reviewed by Arcsa technicians. They do it behind closed doors, without cell phones, the information is confidential . The rooms have glass walls and chambers.

“It is scientific information, it implies economic interests, it cannot be disseminated,” explained Mauro Falconí, director of Arcsa, on January 26. On February 27, EL COMERCIO suspended an appointment to talk about the process with Sinovac .

Far from technical analysis are the users of vaccines . The dentist Andrés Salazar feels that he is in constant risk of contagion. “The associations ask the MSP to include us in the first line of vaccination, any brand will help us, we are in direct contact; we work inches from the mouth ”.

Yesterday, March 8, in an interview with Ecuavisa, Minister Rodolfo Farfán referred to the 20,000 vaccines from Sinovac that arrived on Saturday, donated by Chile. “They have the approval of high surveillance centers in various parts of the world: 95% effective. We are about to receive a million formulas in a few weeks, to immunize health personnel ”.

Chile exceeded three million vaccinated. Only from Sinovac it has four million, thanks to agreements for clinical trials carried out with the Catholic University.