The national coffee sector has experienced a free fall in production and exports for eight years, with a reduction of more than 75% and $ 200 million less in foreign exchange. 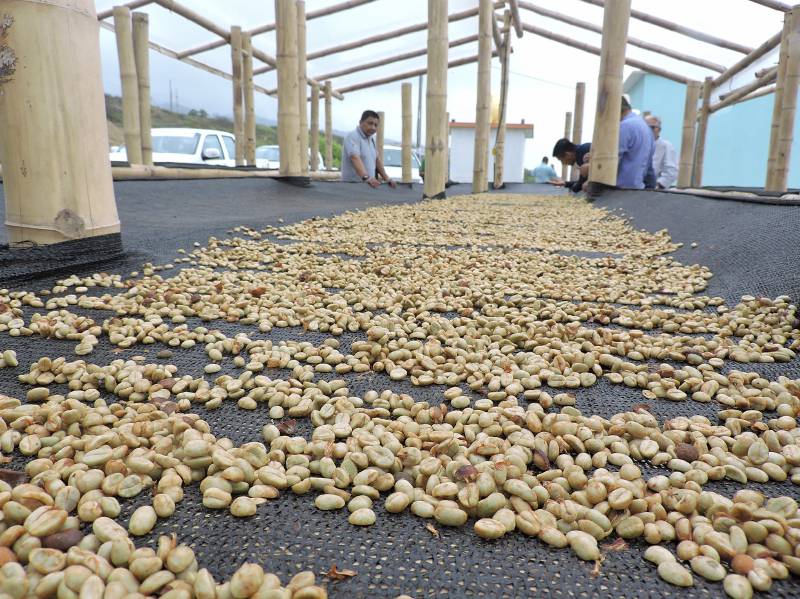 The production and export of coffee has plummeted 75% during the last 8 years, according to the National Association of Coffee Exporters of Ecuador (Anecafé).

This, in a few words, is the X-ray of the sector, according to the analysis of Pablo Pinargote, manager of the National Association of Coffee Exporters (Anecafé), who regrets that currently production does not reach more than 60,000 hectares.

This is equivalent to 300,000 60-kilo sacks of coffee, that is, 7 quintals per hectare. resulting in one of the lowest yields in the entire region.

Faced with this not encouraging outlook, Pinargote assures that a reactivation of the sector is necessary, which is why he says that Anecafé is promoting the National Reactivation Plan, through a project that they presented to the current government and also to the incoming one.

This plan was presented on March 12 by the Minister of Production, Foreign Trade, Investment and Fisheries, Iván Ontaneda, who also announced the creation of a crisis table for the sector.

Regarding the plan, Pinargote explains that it is based on producing 50,000 new hectares equivalent to 3 million quintals of coffee, of which 50% would be the Arabica variety and 50% the robusta variety.

Meanwhile, in the coffee sector there are different views on the reactivation and the method to carry it out.

For Luis Delgado, owner of LDC Inversiones, which is in the market with the La Sultana brand of roasted coffee, believes that the announced plan is the beginning of access to credit for the renovation of coffee plantations and the reactivation of the sector that he considers important, since ensures that the industry is below 60% of its production capacity due to the lack of raw material, since the one that imports becomes expensive and does not allow it to compete with other industries.

“Ecuadorian coffee, due to its geographical location, has very special organoleptic qualities that are liked by consumers abroad, but we must also train the entire sector to apply new production techniques, seeds and even more to encourage the internal consumption of coffee to generate the sustainability of the producer”, says Delgado.

Meanwhile, Vicente Cárdenas, national coordinator of the coffee sector, is not so enthusiastic about the nascent initiative.

He also analyzes the situation. It indicates that Peru, which had almost no coffee production, now produces more than 6 million bags, Colombia 15 million, Central America 9 million, and Brazil 60 million bags. “We cannot compete with those quantities, but in quality we have shown that we produce excellent coffee, in the 2020 auction our coffee came out with a price of $ 70.25 per pound, we are ranked as one of the best coffees in the world”, says the producer, who recalls that Ecuador at some point produced 2 million bags and was an important item along with oil.

However, he also recalls that the coffee crisis began in 2011 with rust, a plague that affected coffee plantations, plus the repeal of the sector law that deprived them, according to him, of training and loans with an interest rate 50% less than the market, three years of grace and payment terms of up to seven years.

He adds that after the elimination of the law, a program promoted by the Rafael Correa government was created to reactivate 120,000 hectares and produce 2 million bags, until 2021, but it did not crystallize, says Cárdenas, who attributes the debacle of the sector.

He assures that the Government imported about 120 tons of coffee from Brazil and delivered them directly to the coffee growers, without any prior selection or analysis by Iniap. “It came to infect more and exacerbated the problem of rust, and we lowered the quality of the coffee,” he says.

He adds that, in the current Government, a coffee loan was launched, but at 11.5% interest, an impossible condition to produce coffee, since it only produces in the fourth year.

As for the plan presented in March, he sees it unfeasible due to the little time left to the current government, and indicates that the producer sector prepares proposals for the incoming regime of Guillermo Lasso, whom he hopes will comply with the provisions of his plan: assign to agricultural resources for $ 1,000 million at 1% interest and with a three-year grace period.

“These resources are in Guillermo Lasso’s plan, in the proposal he made to the entire agricultural sector of the country,” he said.

Meanwhile, Pinargote highlights that the innovation of the plan presented, for the country and the region, is that it will seek to connect the producer with the final buyer in the supply chain, achieving a true sustainability of production that will allow the coffee farmer to become an entrepreneur. rural.

“The project called Finca Total, from the seed to the final consumer, will allow us to achieve total traceability of our product”, predicts the manager of Anecafé.

31,000 people received the vaccine against covid-19 in Guayaquil