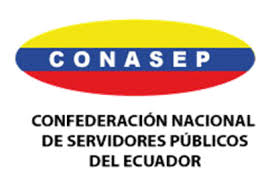 The National Confederation of Public Servants of Ecuador (CONASEP), which groups 276,000 permanent workers, on Wednesday called on the government for job stability, remunerative equity, the right to unionise, the signing of international labor agreements, among other approaches.

According to its president, Remigio Hurtado, public bodies of education, health, social and economic inclusion, customs, and the interior are part of this guild. (I)