BREAKING NEWS
Coronavirus: With difficulty, but banana is exported
More than 4 thousand companies chose to suspend the working day
The Chamber of Industries and Production encourages donations and coordinates solutions to face the crisis
Coronavirus in Ecuador: 1,382 positive cases and 34 deaths
Ecuadorians returning to Ecuador on humanitarian flights forced to comply with isolation
Supermarkets will open early and close before 13:00 due to the curfew by the coronavirus in Ecuador
Coronavirus: Juices and infusions that help lower stress
Coronavirus in Ecuador: $ 53.54 million estimates Health for supplies and medications
Moreno: “75% of Ecuadorians stay at home, but we need more”
Mexico and Ecuador, a movie romance

The COP 21 Agreement will impact the oil and gas markets 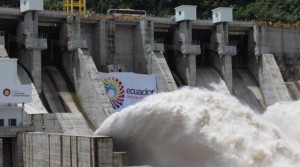 The COP21 agreement of Paris, signed on Saturday, will limit the emissions of greenhouse gases and will impact in the medium-term demand for oil and its derivatives in the world.

However, the replacement of the fossil fuel demand may be delayed because current prices make crude competitive. Both in the region as in Ecuador, the main energy source is oil and its derivatives, although there has been a greater promotion of renewable energy, such as hydro and photovoltaic energy in recent years.

According to data from the Energy Balance 2013, published by the Ministry of Strategic Sectors, 53% of the energy consumed in the country comes from petroleum derivatives, such as diesel and gasoline, which are paramount for the transport sector. The second source of energy is electricity  -13%,- which mostly comes from hydroelectric plants and is mainly consumed by the industry and the residential sector, followed by LPG -8%- and other sources.

The same happens at regional level. The Latin American Energy Organization (OLADE) estimates that by 2010 41% of energy sources came from oil and its derivatives, followed by 29% of natural gas, in Latin America and the Caribbean.
Translated into English by Pierina Abad
Source: http://www.elcomercio.com/tendencias/acuerdo-cop21-mercados-petroleo-gas.html

Coronavirus: With difficulty, but banana is exported