The importers of Ecuador deal since last October with increases in the prices of the shipping and continue until this week. 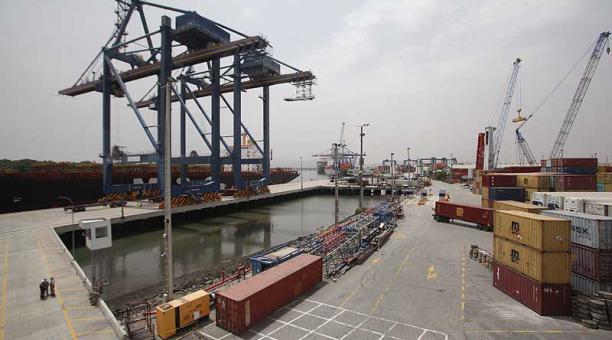 The lack of containers and a rebound in demand for goods , especially from China , are the external factors that are pushing the increase, explained Gustavo Cáceres, president of the Ecuadorian-China Chamber of Commerce.

The leader explained that in 2020, when the global health emergency began , many countries closed their exports and, in this way, the containers that left Latin America for Asia were reduced to a minimum or, in the worst case, they did not leave. . This generated a shortage of space and inconveniences in maritime transport to and from the Asian continent.

Now, with the regularization of commercial activity that has been observed since mid-2020 and added to the movement that is generated before the Chinese New Year, costs have increased by up to 300%, said the head of the Chamber.

According to Byron González, general manager of the logistics company Cargowshipping, which works with eight shipping companies worldwide, there is currently an imbalance in the sector , as there is a greater demand for containers, beyond what that country can supply.

This has caused, for example, that the average cost of a freight per TEU (20-foot container unit of measure), which cost between USD 2,500 and 3,000, now reaches USD 8,000 and 9,500. Average applies to both dry and refrigerated containers.

In addition, apart from the impact on the cost of freight , the payment of taxes is also increased, since the tax is paid for the value of the merchandise plus the freight, González explained.

The owner of the logistics firm said, according to what they report shipping, it is expected that in March there is a further rise in rates and reaches higher costs than those currently canceled.

One of the effects generated by the current situation is the postponement of imports . WFC Solutions imports Tsingtao beer, masks, gloves and other products. This firm went from making monthly purchases to bimonthly. Walter Castro, president of the firm, said since last November they raised prices to consumers by 25%.

“It is a way to compensate for the exorbitant value that is currently being canceled,” said the manager.

The increase in prices in maritime transport impacts the operations of firms that need inputs or raw materials that are brought from Asia , especially China .

Juan Carlos Vega, president of the MP3 company, which assembles radios for vehicles and electronic cards, said that not always all the increases in logistics costs can be transferred to final prices because it would generate loss of customers in a year in which reactivation is needed .

The firm, currently, assumes the highest price in freight. However, Vega said, if the situation continues in this way until the second semester, internal adjustments will be analyzed that could lead to layoffs . MP3 imports electronic components and other parts and pieces from China.

To overcome the increase in freight costs, some companies have chosen to import the raw material from other destinations such as Brazil and Mexico, where logistics is not so affected. Among those inputs are vehicle glass.

However, it recognizes that there are certain very specific components from global suppliers in Asia, where there are no options outside of that continent.

According to David Molina , executive director of the Chamber of the Ecuadorian Automotive Industry, The Government can take corrective measures to compensate for the issue, such as the elimination of CKD tariffs and accelerate the refund of the foreign exchange tax (ISD).