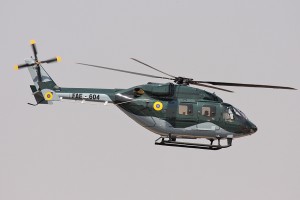 Ecuador must still pay the pending installments for the purchase of 7 Dhruv helicopters to India in 2008. (Source: mamboccv.com).

The country must still pay 3 installments from the 10 established by the purchase of seven Dhruv helicopters, Indian-made, four of which have crashed. The deadline to settle this debt is 3 years. The total value for the purchase of the aircrafts was $ 45’200.000, whose contract was signed in August 2008 between Javier Ponce, former defense minister of the time, and current Minister of Agriculture, and Jayaraman Shankar, representative of the Hindustan Aeronautics Limited (HAL) of India.

In a May 2013 report of the Comptroller General, it is detailed that the HAL should have compensated the delay in the delivery time of the material of the FAE-606 and FAE-607 helicopters. Currently, the Commission on Sovereignty and International Relations of the Assembly conducts the research on the purchase of the aircrafts.