“The country’s future is in the large-scale mining,” says Coordinating Minister 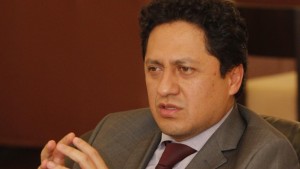 “OPEC, in fact, owns about 30% of world production, but it is still composed of countries with the largest oil reserves in the world. Like Saudi Arabia. The meeting of April 17 in Doha, not only summons the OPEC countries, which always, I think, have been and are still crucial, but also non-OPEC, like Russia, a major producer with almost 10 million barrels a day,” says Coordinating Minister of Strategic Sectors Rafael Poveda Bonilla.

Our message has been clear: the freezing of world production in countries with a 2% and 2.5%. Colombia and Mexico will be present at today´s meeting, these countries are not part of OPEC, unlike Ecuador and Venezuela, which do belong to the OPEC.

Anabella Azín: “The Assembly will be important in 2017”