The Death of 10 Newborns in Loja Alert the Population 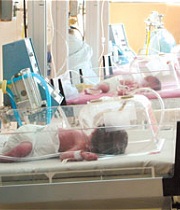 The Death of 10 Newborns in Loja Alert the Population

In the Isidro Ayora Hospital of Loja, 10 infants died in January. Daniel Astudillo, director of the hospital, warned the public because he believes that this is a high mortality rate. He also said that in the following month another infant died.

People, who did not reveal their identity, were the responsible of the report of the cases that are alleged to be contamination in the Neonatal area. They claimed that this episode was similar to the one occurred in Francisco Ycaza Bustamante Children’s Hospital in Guayaquil.

Astudillo denied this comparison and brought out that the reason of the deaths was not the result of hospital negligence, but occurred because of an Enterobacter that could be acquired in the normal birth process but not in the nursery room.

He clarifies that 9 of the 10 deceased infants were born prematurely and with complications such as hydrocephalus, blood group incompatibility, and sepsis, ensuring that the complainants were not even relatives of the deceased, but people who seek to discredit the institution.