The debt with the IESS sums USD 3 101 million 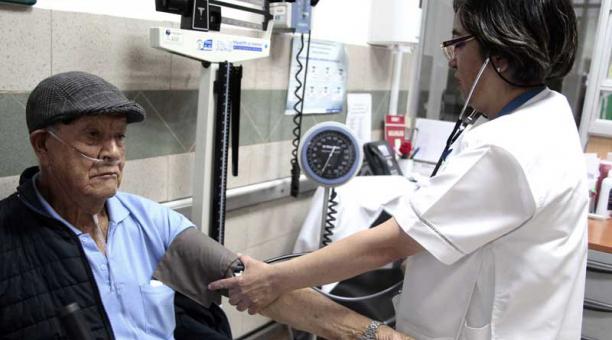 The medical care provided by the Ecuadorian Social Security Institute (IESS) to retirees, housewives, people with disabilities and catastrophic illnesses are expenses that must legally be covered by the State. But the State has not canceled these attentions since 2001, forcing the IESS to cover them from its budget.

The balance of the institute shows that the State’s debt grows every day. Until last June, the amount already amounted to USD 3 101 million, according to official internal documents of the entity to which this newspaper accessed.

The state debt was eliminated in September 2016 from the balance sheets of the entity, after a commission formed between the IESS and the Ministry of Finance concluded that there was no debt due to the lack of regulation to the Social Security Law. But a report of the Comptroller of June of 2017 determined that the debt should be restored in the balances of the entity. By then, the balance of the debt was USD 2 527 million. The amount was actually restituted by the IESS.

The Comptroller’s Office determined fines and dismissal for 16 officers of the entity, for having eliminated the value. Among them, was the former president of the Board of Directors of IESS, Richard Espinosa, who appealed this decision before the Administrative Dispute Court.

Following the recommendation of a special examination of the Comptroller’s Office, the IESS and the Ministry of Finance created an inter-institutional commission that was to establish the amounts owed for health benefits and determine the form of payment.

To date, the commission has met only twice, on January 10 and 16, the IESS indicated. In addition, the change of authorities in the Ministry of Finance forced to make a new appointment of delegates for this commission, which took place on June 21. “New meetings have been called by IESS to set a joint work schedule,” added Social Security.

After these problems, until now there are no results of the work of this commission, so it is not known from when and under what modality will begin to cancel the state debt.

Luis Terán, 75, believes that if the State paid the amounts owed, the attention in the IESS could improve. The retiree suffers from a muscular deficiency in his left leg, which affected the sciatic nerve. As a retiree of the IESS, he attends physiatry consultations in IESS medical units about twice a year. But, according to the patient, his ailments would require monthly attention. That is why he has resorted to particular rehabilitations, which he attends continuously.

“The delays in attention in the IESS are the bread of the day”. “We see with great concern what is happening with Social Security. The State has not considered in its budget the payment of the debt with health, “said José Villavicencio, head of the Workers’ Unitary Front.

For the representative of the union, there is no “will” of the Government to make the situation of the IESS transparent. However, he greeted the 27 examinations that the Comptroller’s Office is carrying out to the IESS, with the accompaniment of a supervision.

Carmen Corral, a former Social Security representative and member of the oversight, also sees with concern the non-payment of the debt. “As time goes by, the situation gets worse,” said the expert. Corral recalled that the health fund today is sustained by the change in contributions of the members of the funds, thanks to a decision of the Board of Directors in 2015.

This resolution allowed raising the contribution to Health Insurance, but decreasing the Insurance Pensions, what has de-funded that fund. However, this measure is temporary and will only be maintained until 2021.

“The first thing is to define the cost of care and start paying, aware that the State is in a difficult fiscal situation. But no intention is noticed, ” lamented.

Marco Proaño, also member of the oversight, recalled that the Constitution establishes a tripartite obligation with the IESS, made up of the State, workers and employers.

“The obligations of the State with the IESS cannot go through the discretion of commissions. There has to be a serious and rational payment schedule. ” For Édison Lima, head of the Assembly of Retirees, Pensioners and Older Adults of Ecuador, the debt has limited the IESS in resources and that explains, in part, the deficit of specialists to cover the demand of the institution. (I)