The drought came to Los Rios 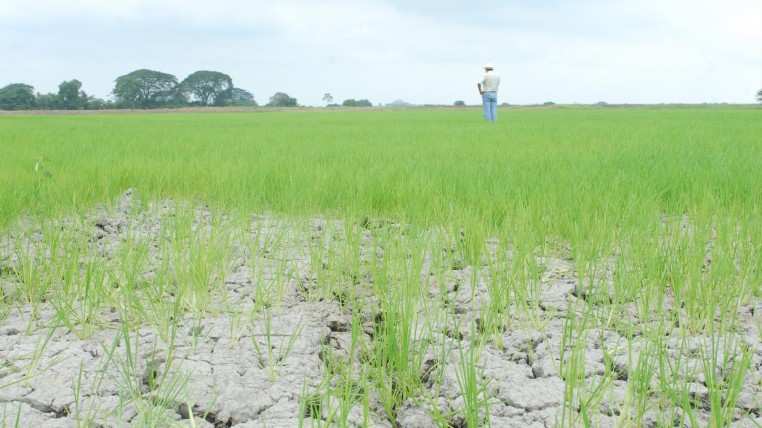 Land is cracking, the soil filters the wáter like a sieve. And that is terrible for rice. In several areas of this province at least 20% of the rice fields have been lost.

The same will happen to the other crops, as a result of low flows of rivers and streams from where farmers take water for irrigation.

Many farmers have “bothered” to measure the cracks in the soil: they have two inches, an opening never seen before.

During a tour,  Daily Expreso confirmed that areas such as La Fortuna, Palmar, Sabaneta and La Maritza are on the verge of collapse. “In 44 years we have not seen anything like this,” says Washington Nunez.

This led yesterday to an analysis by the National Secretariat for Water (Senagua). The agency sent Teddy Mackliff, director of the Irrigation and Drainage Unit to study the situation.

Methamphetamine seizure exposes the country as a transit point for drug