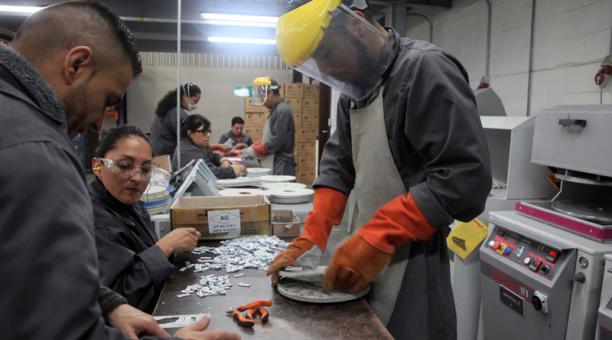 The national industrial sector is the main importer of raw materials and capital goods. During the first five months of this year, the country imported $ 4 379.9 million. Of that amount, 75.4% was acquired by industrialists. The rest went to agriculture, transportation, and construction.

Industrial purchases of commodities and capital goods from abroad increased between January and May 2017 compared to the same period of the previous year. They went from USD 2 847.8 million to 3 304.1 million.
According to the director of the Business Committee of Ecuador Roberto Aspiazu, the increase was because there are entrepreneurs who were encouraged to invest when the lifting of safeguard tariffs began. Also, market expectations improved, “although we are not yet in a recovery phase.”

According to figures from the Central Bank, the raw materials for the industry were imported mainly from Colombia, the United States, Brazil, Canada, and China. Whereas machinery arrived from the United States, China, Germany, Italy, Brazil and other countries. (I)

Ecuador is ranked 55th in the Social Progress Index 2017