The packaging of canned wine is one of the consumption trends that, due to its characteristics, has been growing globally since 2020 (that year it ended with a production of 250 million boxes). A scenario that motivated the Ecuadorian Daniel Pérez Pallares to create Chilla and innovate in his first sparkling rosé wine, packaged in aluminum cans. 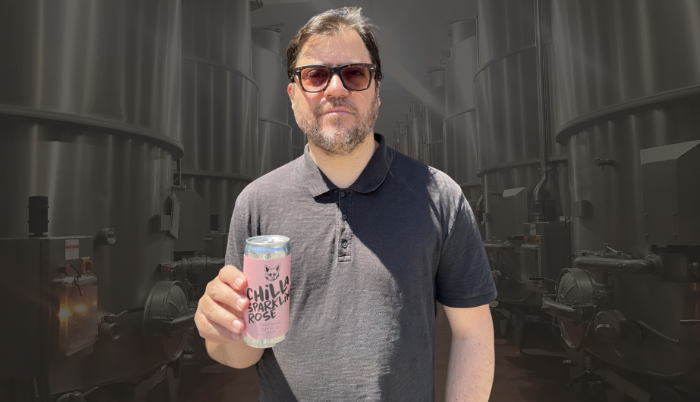 It has double merit. Along with his partner, Pablo Torlaschi, he dared to do it from Chilean territory, the paradise of the world supply of this product. His bet, he says, points to innovation within a traditional industry that has its focus on creating new products and offering them at low cost.

The founders of Chilla believe that canned wine is the future of wine and will be the format of the next consumers. For them, the entry of the can into the wine industry must be special and must come from the hand of the best possible experience. However, “in Chile, neither the large wineries, nor the small producers, are doing anything to fulfill that experience,” says Pérez Pallares.

This format, he says, has some characteristics that give it an advantage over the glass bottle, such as its weight of 11 grams versus 1.2 kilos; 75% less volume; it is 100% hermetic, which prevents exposure to light and oxygen; in addition to allowing the quality of the content to be preserved for a longer time.

In Chile, the product was launched a month and a half ago and they have already sold close to 15,000 cans. In Ecuador it will be marketed from March.

Daniel Pérez Pallares has led important international agencies in large markets, such as Mexico, Brazil and the United States. He has worked in the alcohol category, managing the Corona brand in Mexico, where he created the ‘Desfronterízate’ concept, with which the brand became the most recognized in the region.