To understand a little more thoroughly the mess between the National Electoral Council and the Electoral Contentious Tribunal, which reveals a cloak of uncertainty about the elections of February 7, we must go to the heart of the problem. Two experts consulted by EXPRESO agree that this is totally or largely in the approval or not of the presidential candidacy of businessman Álvaro Noboa. 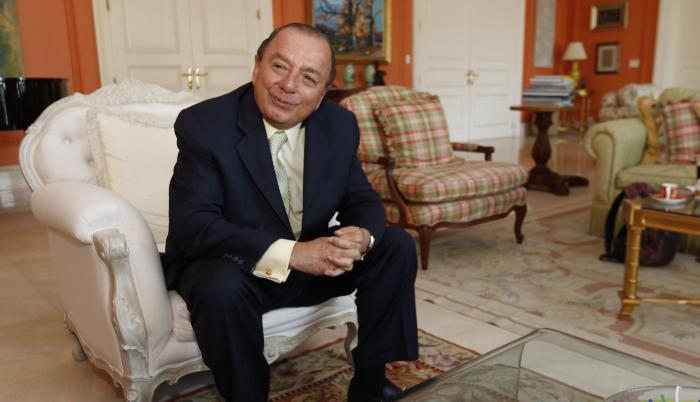 And at this point a first question arises. Which presidential candidate or candidates is hurt by Noboa’s presence on the electoral board? Most of them, the political consultant and university professor Alfredo Dávalos, but one in particular: the candidate of the CREO – Christian Social Party (PSC) alliance, Guillermo Lasso . “Although it is true that the (eventual) candidacy (of Noboa) manages to remove votes from several other candidates, in the end it ends up affecting Guillermo Lasso much more… There are too many interests in games. This has caused that even institutions outside the Electoral Function have their own agendas that arise from this case ”.

All these maneuvers that are taking place are to not allow Noboa to qualify for this effect of taking a portion of the vote pie from the rest, especially Lasso.

Paulina Recalde, executive director of Perfiles de Opinión, agrees with Dávalos . Although she does an analysis on two levels. The first, more cyclical and long-term, is related not only to this episode, but to previous ones starring the National Electoral Council and which have paid to the fact that, at the discretion of Recalde, this whole environment of uncertainty that has put on the table even the possibility of postponing the elections.

And Recalde asks two questions: Who and why is interested in postponing the electoral process? She is cautious and prefers not to answer herself, so as not to enter the winding field of speculation, but she leaves concerns in the air.

The second level has to do with Noboa. “It is a candidacy that could be more contrary to the CREO – PSC alliance, but not exclusively,” replies the expert.

At this point another question arises. Why is it that a candidacy like Noboa’s, which has seen its electoral flow diminished from its first participation to the most recent, can cause such a stir on the electoral board? Recalde responds: “Noboa’s nomination is one that, upon entering the ballot, will take votes from those who, when they do not see him, begin to vote null and void, that is, from those who are not convinced with other candidates. That is why it affects the board in general ”.

All the powers have given us enough signals that they are more focused on opposing the electoral process than on giving guarantees to the population that the process will be transparent.

And not only to the electoral board. So great is the Noboa effect that its expansive wave has reached the Prosecutor’s Office , can even extend to the Constitutional Court and has caused President Lenín Moreno to declare himself concerned about these frictions within the Electoral Function.

And this is only the beginning, because neither the Electoral Council nor the Contentious Court seem to be ready to find a solution that removes the veil of uncertainty that rests on the elections.