The electric companies give a break to the treasury 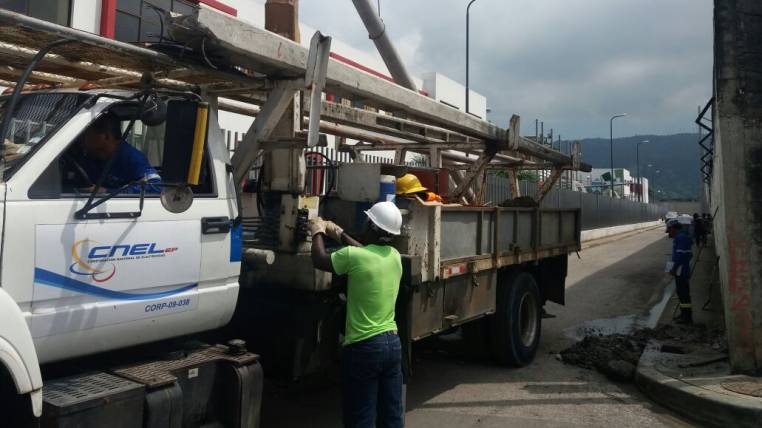 Until mid-June, the “wallet” of the state was in trouble. The Treasury deposit account in the Central Bank of Ecuador which reflects the liquidity that the Treasury has to face payments and obligations, stood at 386 million dollars, the lowest figure so far this year.

The deposits of the National Treasury are like the current account of the State, from where it takes resources to make payments, among them the salaries of the public sector and where the money it receives is recorded, for example, disbursements of credits.

However, last week, Treasury deposits reported an increase of 687 million dollars, according to Central Bank of Ecuador figures.

Both corporations invested in Certificates of Treasury (Cetes), to give a break to the Ministry of Economy and Finance (MEF).

These operations are considered short-term liquidity credits that are delivered to the MEF through the purchase of Cetes. The electric companies receive these papers and, in exchange, credited liquid resources to the MEF.

Edisson Garzón, president of the Board of Directors of the Public Company Coordinating Company (EMCO), in charge of CNEL and Celec, in declarations to EXPRESO, described the transaction as an optimal use of State resources. “Public companies are starting to be what they should be, supporting the fiscal fund of the State in an efficient, transparent manner,” he added.

These amounts are not considered debt, due to their short-term nature, since the Cetes expire in less than one year. That is, the MEF must return the money that was lent to it plus an additional amount of profitability until June 2019 or earlier.

The Minister of Economy and Finance, Richard Martinez, has ruled out a possible issue of bonds in the short term due to the increase in interest rates in international markets and the external situation, which has affected the country risk.

“This is not the best time for emerging markets,” he explained. The reason is that this type of increase encourages the return of capital to the North American country and produces that there is “less appetite to place (resources) in our countries,” said Martinez, in recent days.

The financing needs for this year, according to Martinez, amount to 11,000 million dollars. Of that amount, about 7,500 million remain to be obtained through various mechanisms: multilateral banks, internal operations (such as the placement of Cetes), issuance of sovereign bonds, among others.

The measure, according to the authorities, seeks to give greater autonomy to the Central Bank of Ecuador to make it more reliable.

EXPRESO requested yesterday more detailed information to the Central Bank of Ecuador on the causes of the growth of the deposits of the Treasure and waits for a response. (I)

Colombia will re-take fumigations with glyphosate