The entry of Chinese citizens to Ecuador for business outgrows tourism 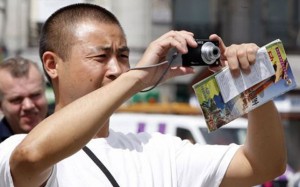 18,222 Chinese citizens arrived to Ecuador during 2015, the double of those who arrived in 2011 and totaled 9,291. But when compared with 2014 entries, the growth was 4.46%, a percentage of low growth taking in mind that between 2011 and 2012 it increased by 32%. This would partly explain the recent measure to eliminate 90 days per year visa to promote Chinese tourism, from this month.

China granted to Ecuador the status of authorized destination for tourism in 2006, but while tourist visits are the main reason why they arrive, this has not been the main reason over the last five years.

A contentious trial would force the state to pay $ 140 million

Public debt is based on three pillars